The 1912 “Chinese Revolution at Atherton”

The Australian Chinese community of the colonial and infant twentieth century era has commonly been portrayed as a homogenous, passive and simplistic community. They were largely considered as docile people not noted for aggressive behaviours. However, the historical evidence suggests that this was not always the case. When violence did break out amongst the Chinese, the western press looked for simplistic motives and postulated shallow theories which demonstrated a very limited and ill-informed understanding of the Australian Chinese community and of their diversity of values, aspirations and motives.

This was very well exemplified by a series of incidents in Far North Queensland in the formative years of the twentieth century. Reporting on an event of 20th February 1912 related to the “Chinese at Atherton”, the Brisbane Courier used the headings: “Echo of the Revolution” and “A Pitched Battle”. These, and subsequent events, were reported as the “Chinese Revolution at Atherton”. This affair made the news throughout Queensland, in all southern States and Territories, as well as the international press which reported the event as the “Chinese Revolution in Australia”.

No doubt the western press was endeavouring to sensationalise the Atherton incidents by somehow associating them with the tumultuous revolutionary events then playing out in China. Evidence now emerging suggests that a completely different set of factors were at play that triggered the 20th February 1912 incident in Atherton.

This presentation will explore those factors and address associated questions, drawing from a variety of sources including: English and Chinese language newspapers; archival material; unpublished family histories; published references; university honours and doctoral theses. It will provide a spatial and temporal context for the incident in question by piecing together the origins, development, social make up and power hierarchies of the district and what has become known as Atherton Chinatown. The presentation will span three decades commencing with the entry of the first Chinese into the timber industry in the early 1880s and then into the maize industry through to their demise and the abandonment of the Chinatown settlement from 1918. 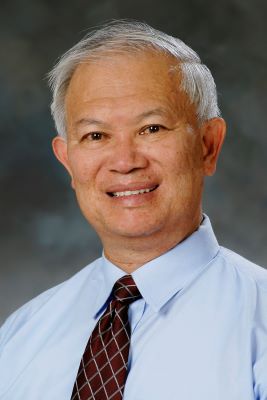 Major General Darryl Low Choy commenced his military career as an Army cadet before enlisting as a Private and rose to the rank of Major General.  He is a qualified military engineer with major commands including the 5th Field Engineer Regiment and the 7th Brigade. He subsequently held the three most senior Reserve appointments in the Army and the Australian Defence Force.

As a fifth generation Australian with Chinese and English heritage he has developed a strong interest in genealogy. His family history research for his and his wife’s families has embraced research in China, England, Scotland, Northern Ireland, New Zealand and Australia.