Celebrating 125 Years Of The Hawkesbury Campus

March 16 1891 - the Hawkesbury Agricultural College was opened by the Honourable Sydney Smith, Secretary for Mines and Minister for Agriculture. Today we celebrate the 125th Anniversary of our beautiful campus and our home, the Hawkesbury Institute for the Environment. 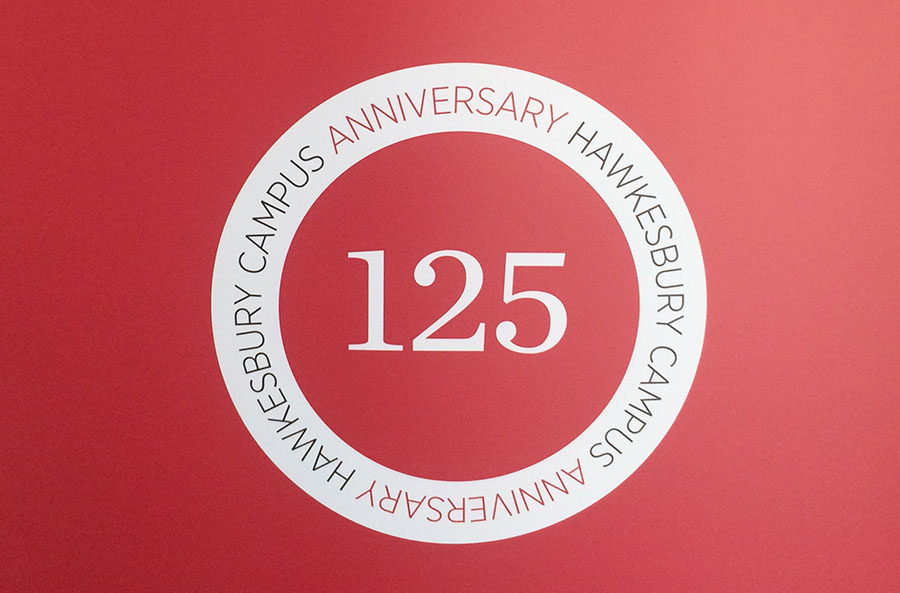 The official opening was held on March 16th 1891 by the principal, John Low Thompson, and the college took 26 students as its first cohort. Such was their haste to get started and address the fact that New South Wales was "much behind the other colonies in the matter of Agricultural Colleges", HAC's students commenced without access to accommodation. The students stayed in the centre of town, otherwise known as Richmond. Clearly, however, they made it work.

The focus on grasslands and their inhabitants holds a special place in our history as HAC was the home of efforts to adapt pasture and cropping plants to the variable conditions of Sydney and New South Wales. 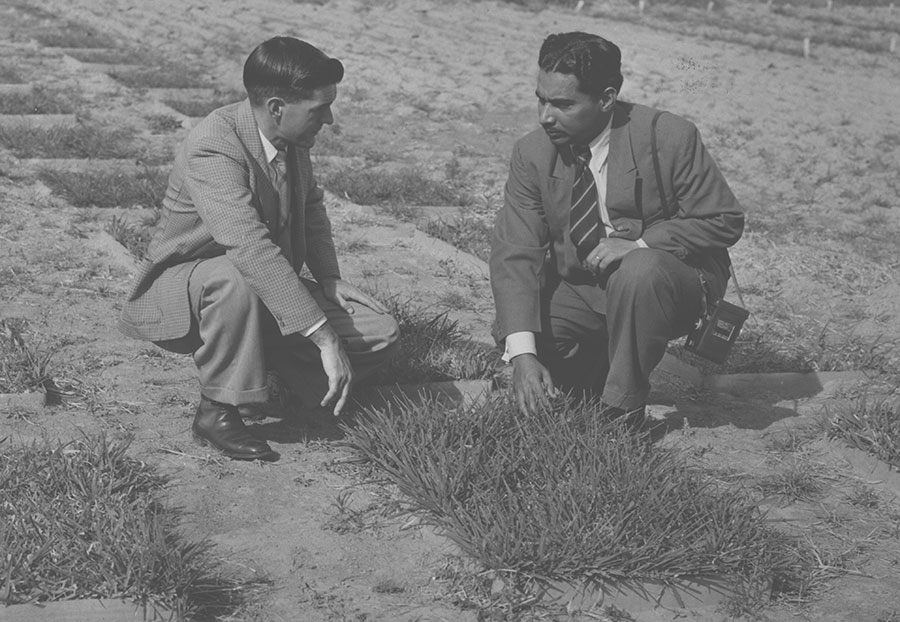 The "Report of the Department of Agriculture for the Year Ended 30 June 1957" outlines some of the efforts to conduct "pot-trials in greenhouses to understand mineral use in pasture grass systems" and the results of bean breeding efforts by which "Hawkesbury Wonder x Granada gave promising results for fresh and processed vegetables", while "College Pride" was the market name for the bean variety previously known as Line 26.

"Seeds of Empire: The Environmental Transformation of New Zealand" by Tom Brooking and Eric Pawson outlines that "by 1914, there were six ex-Hawkesbury students in New Zealand's agricultural service, reinforcing the trend [in New Zealand] of the professionalization of agriculture".

Today, this legacy of equipping graduates with the skills they need continues with modern scientific techniques and world-class facilities in grasses, pastures, legumes, insects and ecology. 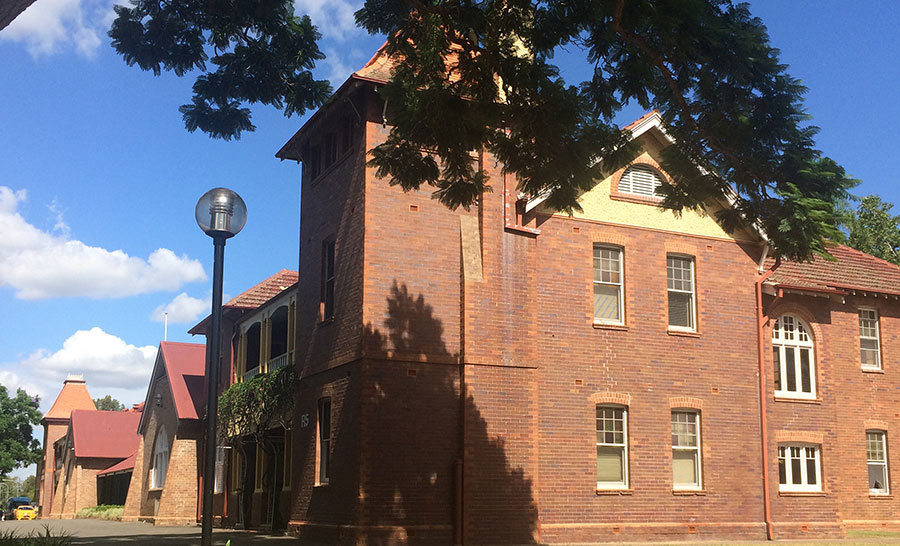 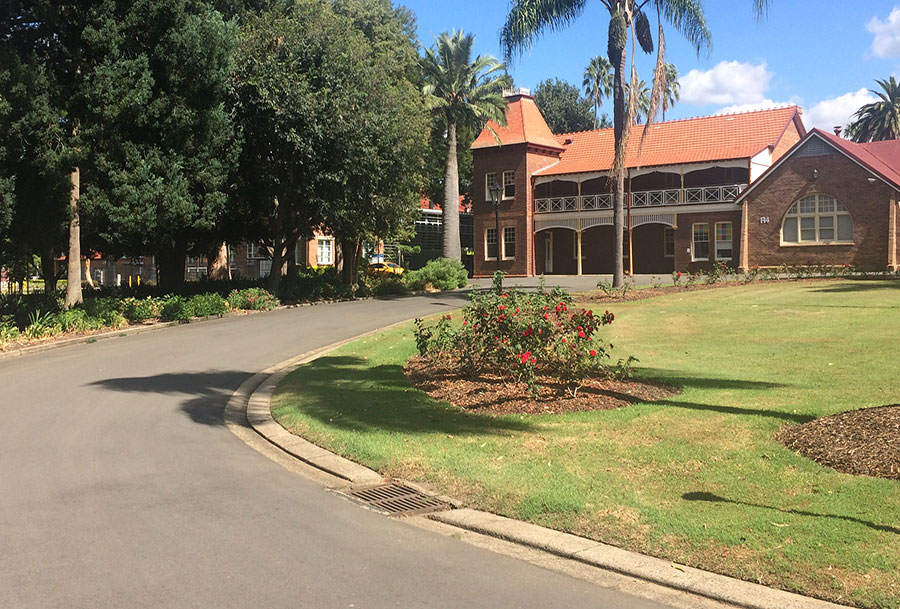 (Left - the driveway and administration block in 1930). The circular driveway is today called the 'Fairy Circle' and the extensively landscaped gardens provide aesthetic value, shade and an arboretum for a number of rare plants including yellow Clivea and Wollemi Pines. Pictured are the main offices of the Hawkesbury Institute for the Environment. 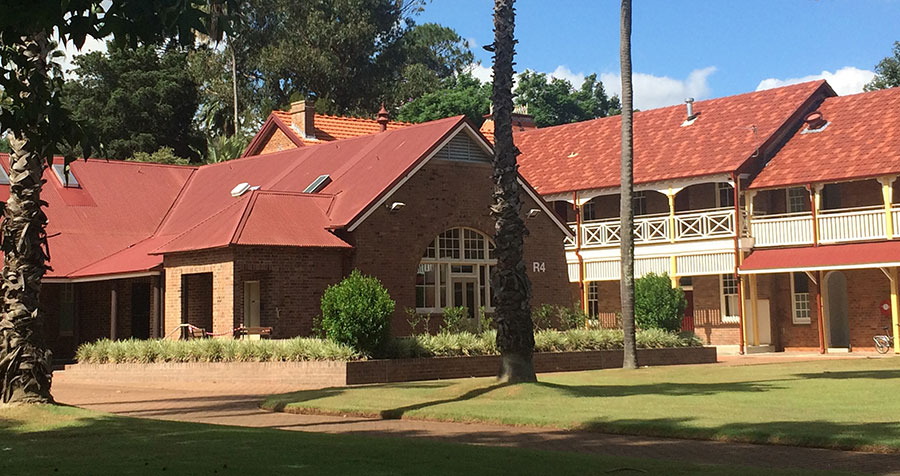 (Left - 'The Quadrant' taken in 1914). The Quadrant has maintained its formal pattern of four sections surrounded by long buildings. In 2012, renovation of the first side of the Quadrant buildings was completed to form the second building for the Hawkesbury Institute. Prior to that, in 2011, what is now Building R4 was repurposed as a function venue with exhibition space, commercial-grade kitchens, outdoor decking and Lecture Theatre. It is a lovely space that very cleverly integrates this history of Hawkesbury with beautiful modern amenities. 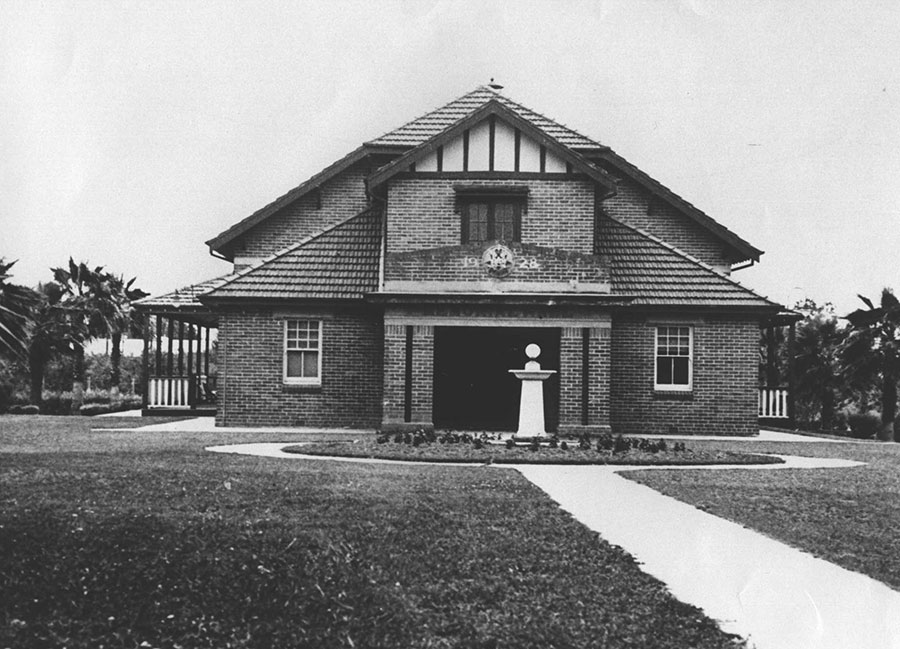 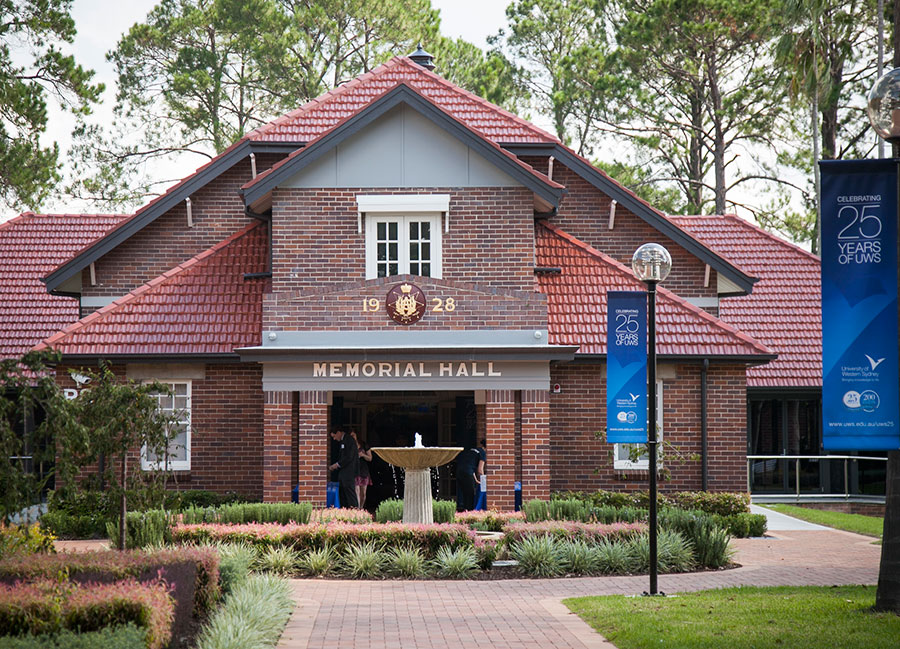 (Left: Memorial Hall at its completion in 1928). During World War 1 the then Hawkesbury Agricultural College had formed a Comforts Fund for the benefit of students at the front. Hundreds of "Comfort Boxes" - packages of luxury items such as tobacco, cakes, puddings, condensed milk - were sent by the College to serving soldiers to supplement army rations. At the end of the war 300 pounds left from the Comfort Fund along with over 200 pounds raised by the Old Boys' Union was used to fund the building of the Soldiers Memorial Hall. The official opening of the Soldiers Memorial Hall at Hawkesbury was in 1928.

Visions For A Future Of Innovation In Food And Fibre

As we look forward to the next 125 years, we see a world where the connection between our environments and our food and fibre production grow ever closer. With a population heading towards 9 billion and beyond, the challenges are enormous and why investments in large-scale research infrastructure with deep collaborations between industry, academia and community are crucial to meeting the challenges society presents us.

Visit the Western Sydney Open Archives (opens in a new window) for more great photographs and historic records from 125 years of the Hawkesbury campus.