Australia and India join forces in $7M effort to save bees, strengthen other pollinators

21 July 2016: Australian and Indian researchers are pooling efforts – and funding – to safeguard fruit and vegetable crops, and insect pollinators, in the face of challenges such as honey bee habitat loss and disease.

The $7 million five-year program will be delivered by some of the country's top researchers from Western Sydney University, Bayer CropScience, Syngenta Asia-Pacific and Greening Australia, and executed with support from Horticulture Innovation Australia through its strategic co-investment Pollination Fund (opens in a new window). The multifaceted project will operate in parallel to the All India Coordinated Research Program (AICRP) of the Indian Council of Agricultural Research on Honey Bee Health and Training, which is being conducted through 26 research centres across India.

Given the fundamental importance of bees and other pollinators to successful crop harvests and the health of natural ecosystems, there is a significant lack of detailed knowledge about their overall health and wellbeing," he said. "Researchers will map the health of pollinating insects such as honeybees, native stingless and solitary bees, and outline the resources needed to support them.
- Prof James Cook - Project Lead

AICRP India project coordinator Professor RK Thakur said the research will help conserve diverse pollinator resources and enhance the productivity of agricultural and horticultural crops in both India and Australia. "Increased floral biodiversity on farms can stabilise pollinator populations and contribute to resilience and profitability of farm operations," he said.

"Given the fundamental importance of bees and other pollinators to successful crop harvests and the health of natural ecosystems, there is a significant lack of detailed knowledge about their overall health and wellbeing," he said. "Researchers will map the health of pollinating insects such as honeybees, native stingless and solitary bees, and outline the resources needed to support them."

The research will focus on:

Prof Cook said protecting the future of bee colonies and sourcing other pollinators has never been more important.

"Australia is the last country in the world that is free of the parasitic Varroa mite that is thought to be a major factor behind widespread colony collapses in the United States, Canada, Europe and Japan," he said.

"These tiny mites attach themselves to bees inside hives and feed from the bees, causing open wounds and transmitting viral diseases. If Varroa takes hold in Australia, it will decimate populations of both managed and wild European honey bees, and we will then be far more reliant on native pollinators."

Project partners Syngenta Asia-Pacific, Bayer CropScience and Greening Australia will bring significant strength and experience to the research. Syngenta is armed with knowledge from a number of its large-scale projects including Operation Pollinator (opens in a new window) and Hives on Farms. Bayer Australia and Bayer India will bring experience gained from its successful Feed-a-Bee and Bee Care programs which accelerate uptake at farm level. Greening Australia offers expertise in the use of native wildflower species as floral resources.

Horticulture Innovation Australia Chief Executive Officer John Lloyd said the project will help give growers, and the general population, increased certainty about the future of Australian fruit and vegetable production.

"This exciting $7 million project will deliver ground-breaking research that will ultimately help position Australia as a world-leader in bee health and pollination research and development," he said. "For this reason, it is crucial that we put practical measures in place to support honey bee health and identify and develop new pollination opportunities and techniques." 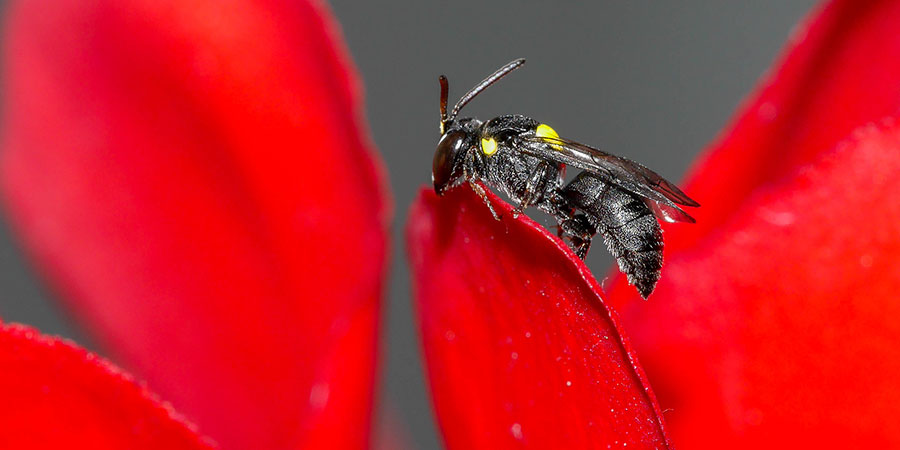