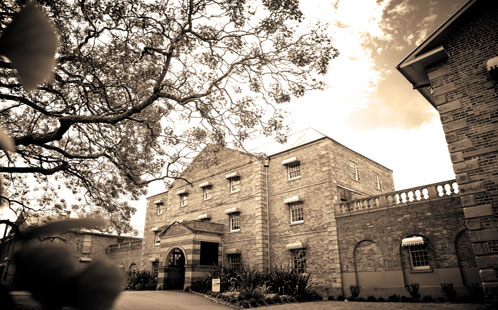 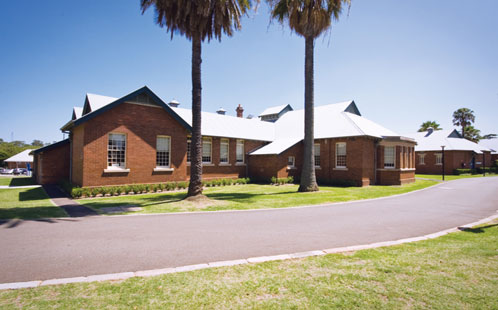 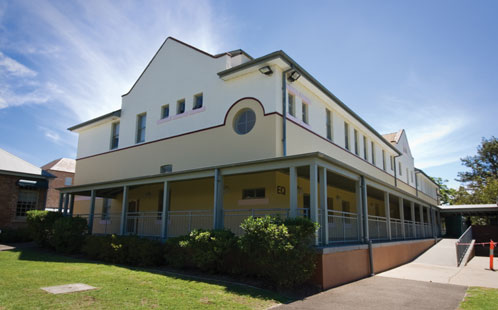 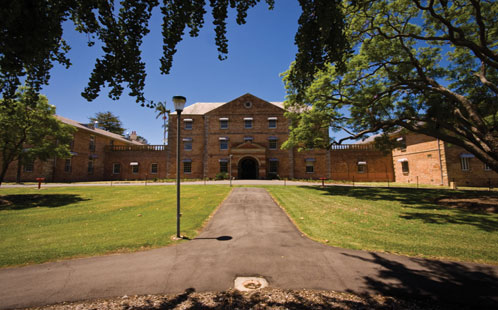 You are invited to take a walk through time around the Western Sydney University's Parramatta South campus.

The campus today is a vibrant and contemporary place of learning and research, its unique landscape character emphasising the juxtaposition of old and new.

It is a site which embodies a 200 year story of government institutional care for children and the mentally ill within its architectural form; a narrative riddled with juxtaposing notions of care and separation.
Before the arrival of European settlers, the traditional clan of the local area is the Burramattagal of the Darug nation.
Visit the campus and take the self-guided walk. Along the way you will discover stories relating to the buildings in the landscape, their protection, conservation and adaption and those of the people associated with them. Markers detailing these stories are located at each place of interest.

Click on image above
This heritage walk commences at the edge of the Parramatta River. The river, is a tributary of Sydney Harbour, originating as Toongabbie Creek to the west and winding its way eastwards towards Port Jackson. The landscape of the local area was characterised by open parklands and eucalypt forests.
The local landscape and the river provided the original inhabitants, the Burramattagal people, with a variety of food sources secured through hunting and fishing practices.

The Female Orphan School building is significant as the first purpose built charitable institution in Australia and predates the Hyde Park Barracks, Sydney. Construction of the building commenced in 1813 and was modelled on Airds, Elizabeth Macquarie's Scottish childhood home. The girls who were raised there were given a basic education in reading, writing and needlework.

The Orphan School Hospital was proposed in 1854, as part of the expansion of facilities to accommodate boys as well as the girls on the one site. It was the first purpose built structure for the combined orphanage and was for the treatment and recovery of children suffering from illnesses and accidents.

A school house for infants and primary classes was built in 1870 to accommodate the Protestant Orphan School, which has already been established on the site. This building provided separate classrooms for infants and for primary boys and girls.

The former wards of the Female Division of the Rydalmere Hospital for the Insane, constructed between the years 1904-1908, are a reflection of a philosophy of care that provided separate accommodation for different categories of patients.

The Boilerhouse was constructed in 1894 as part of the steam laundry complex. The Boilerhouse held two boilers which provided the power to cook patients'meals, heat water for the laundry and for bathing, and steam for sterilising mattresses and utensils.
^Back to top