Past Event - Women Who Inspire In 2016 Equity and Diversity produced the Women Who Inspire Calendar in celebration of the immense female talent at Western Sydney University.

The women featured in this calendar were selected for their achievements in leadership and male dominated professions such as the Sciences, Engineering and Security. Their successes are highlighted to inspire others and to encourage the equal participation of women in every area of University activity.

Below we have included the biographies of the women who appeared in the calendar in order of month of appearance.

The 2016 Equity and Diversity Calendar can also be downloaded and is best viewed in Internet Explorer and Chrome. Pro Chancellor of the University Board of Trustees
Director and Lawyer

Liz Dibbs is a non-executive director in the not for profit and government sectors. She joined the University as a Trustee in February 2014 and is now Pro-Chancellor and Chair of the Audit & Risk Committee. She is also Deputy Chairman of United Way Australia and a Governor of the Centenary Institute of Cancer Medicine and Cell Biology.

Liz was the President of YWCA NSW from 2007-2011, a director of YWCA Australia from 2009 to 2013 and joined the global YWCA team at the UN Commission on the Status of Women in NY in 2010. She is a member of Chief Executive Women where she recently served a 3 year term as a Council Member and Chair of its Scholarship Committee.

Professionally, Liz was a Partner and General Counsel of PwC until the end of 2004, with responsibility for all legal and regulatory matters affecting the firm and oversight responsibility for the Asia-Pacific region. Prior to joining PwC, Liz worked as a commercial litigator with major law firms Mallesons Stephen Jaques in Sydney and Linklaters & Paines in London.

Liz holds a Bachelor of Arts and Law (University Medal) from the University of Sydney and she also holds a Master of Laws (Hons 1) from Cambridge University. 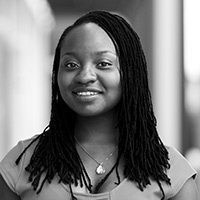 Dr Tinashe Dune is a Lecturer and Academic Course Advisor in the School of Science and Health. Her research, teaching and publications focus on sexual marginalization and health inequities. Namely she explores the phenomenological experiences of sexuality, sexual health, sexual wellbeing and cross-cultural understandings of sexuality in marginalised populations including GLBTI people, ageing populations, people with disabilities, women's health, African women and Indigenous women. Her academic pursuits and interests are supported by several years of hands-on community outreach work.

Tinashe is also Co-Convenor of Western Sydney University's Ally Network and the Badanami's Indigenous Tutorial Assistance Scheme Liaison for the School of Science and Health.

In 2015 she successfully co-chaired Western's inaugural float in the Sydney Gay and Lesbian Mardi Gras Parade,was awarded a Commendation for Excellence in Public Health Teaching (Early Career) for her exemplary teaching in the area of culture, diversity and health and was recognised as an ambassador against bigotry and an advocate for diversity and inclusion by the Australian National University's Freilich Foundation. 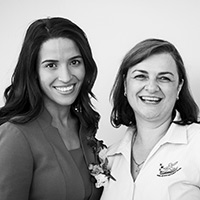 Women of the West Award Recipients

Dr Melissa Radjenovic is an alumnus of the University's School of Medicine and an intern at Liverpool Hospital.  While completing her degree, she was a medical student tutor in the Indigenous Tutorial Assistance Scheme, a member of the Aspire Future Leaders' Program and a recipient of the Vice Chancellor's Leadership Scholarship.

Melissa was an instrumental and founding member of the Rotaract Club of Western Sydney and led the group as Charter President, and continues to be a Board Member. During her time as Charter President, she established a valuable and ongoing Christmas Gift-Giving Program with Fowler Road School. Each year, the Club actively fundraises and rallies the support of community sponsors to create Christmas health care packs for up to 50 students in rehabilitation programs. Melissa is also a Board Member of the Avant Doctor in Training Advisory Council, where she investigates issues affecting the provision of medical services in the Greater West and  on the  Board of St Simeon Retirement Village in Rooty Hill.

Melissa received the Young Women of the West Award for her achievements in improving the health and welfare of the community.

Grace is Founder and President of the Autism Advisory and Support Service (AASS), a not-for-profit charity run by parents of children with autism, to support those living with autism and their families. The AASS relies completely on volunteers and survives solely on funding through grants, donations and fundraising.

AASS provides invaluable support to families living with autism by providing therapy play areas, as well as a reference and toy library, individual advocacy for families with no case management, parent support groups to cater for the linguistic diversity of the community, social groups for young adults with autism, as well as a 24-hour autism telephone hotline run by volunteers.

With two autistic sons, Grace's passion and strong dedication to building and leading such a remarkable service comes from personal experience. Her selfless nature means that she personally provides constant support and comfort to families with autistic children. Grace is constantly raising awareness by lobbying for those with disabilities and by delivering professional development talks to teachers at local schools on how best to cater for children with autism.

Under Grace's leadership, the services have grown and are now available in Liverpool, Bankstown, Campbelltown and Camden Professor of Psychology
Director Research and Engagement
The MARCS Institute

Kate holds a Bachelor of Arts (Hons) and PhD degrees from the University of Sydney. Trained as a cognitive psychologist, her research investigates  non-verbal communication using the familiar and universal contexts of music, dance and  human interaction with machines and robots.

Kate's research helped establish a cognitive science of music in Australia. She formed the Australian Music & Psychology Society (AMPS) in 1996, contributed to the development of MARCS, and chaired the world conference on music perception in 2002. She has convened academic symposia locally and internationally, and community outreach events around Australia. In 2012 Kate received the Vice-Chancellor's Award for Excellence in Postgraduate Research Training and Supervision. She is Associate Editor of Music Perception, Editor of Memory Studies, and currently the Director of Research and Engagement in the MARCS Institute. 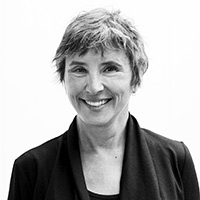 Professor Pulver is a Koori woman whose traditional roots lie in south western NSW, and who has spent her life in urban Sydney. Professor Pulver comes to Western Sydney University with an impressive record. She broke new ground by becoming the first Aboriginal or Torres Strait Islander to receive a PhD in Medicine from the University of Sydney and is a prominent researcher and advocate in Aboriginal and Torres Strait Islander health. Professor Pulver initially trained as a nurse and has an extensive background in epidemiology and public health.

Outside the higher education sector, Professor Pulver is Group Captain in the RAAF Specialist Reserve (Public Health Epidemiologist) and is a specialist advisor to the Chief of Air Force. 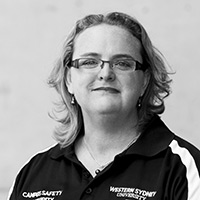 Verity has worked for over 13 years in the male dominated security industry in a variety of roles including as a NSW licensed security officer, bodyguard, crowd controller, monitoring centre operator and security consultant.

Verity took up her current role in Security at the University in 2011 and enjoys the challenging environment of security work which requires you to think on your feet and have an immediate solution for every emergency.

In addition to her security career, Verity is also undertaking a Bachelor of Laws degree part time at the University. 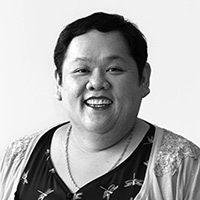 Dr Olivia Mirza holds a Bachelor of Civil and Environmental Engineering (Hons) and was a Golden Jubilee Scholarship holder at the University of NSW. After graduation she worked as a structural engineer for 8 years with Leighton Contractors, Australian Consulting Engineers and Cardno Group before pursuing her academic career.

Olivia is a strong advocate for encouraging more women into the engineering profession and is a mentor both for  the University's WiSE program  and for  Engineers Australia's Women in Engineering mentoring program. She  also actively promotes the University's Engineering program around regional NSW. Australia like most other countries in the world has a shortage of engineers and it is Olivia's vision to increase the number of women engineers. Professor of Biology and Education Strategy
School of Science and Health

Pauline is known for infusing inquiry, creativity and research into bioscience curriculum while simultaneously leading internationally recognised research on the impacts of climate change on marine organisms funded by the Australian Research Council.

She has received multiple national and international awards including an Australian Award for Excellence in University Teaching and is a National Teaching Fellow with the Office for Learning and Teaching.

Being both a researcher and educator, she understands the connections needed between secondary and tertiary education to grow STEM education in Australia. 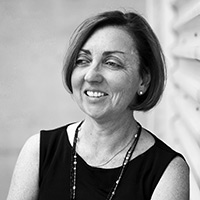 Associate Professor Meg Smith has an extensive research record in the area of gender pay equity.

Her expertise in gender equity investigations and institutional explanations for the undervaluation of feminised work has been the basis of international and domestic journal articles, research consultancy, expert opinion and submissions to industrial tribunals and parliamentary inquiries.

Meg's scholarship has focused in contrasting and complimentary approaches to gender equity evaluation and regulation. These include equal rights discourses in industrial and discrimination-based legislation, and also gender equity auditing and reporting.

The vision of the University's Women in Science and Engineering Program (WISE) is to inspire and encourage more female science and engineering students to pursue careers in Science, Technology, Engineering and Mathematics (STEM).

The Program, which commenced in 2015, provides support by connecting students with industry mentors and offering career development opportunities.

The program offers experiences to set students up for success in employment. There is a mentoring strand where students are paired up industry professionals and there are career-preparation activities including workshops, networking events, workplace visits, exercises and online resources.

WiSE program co-ordinator Wendy Bortolazzo says mentors guide students and close the gap between university learning and practices, to try to stem the turnover of women who do not continue after graduating.

"WiSE creates a link to the workplace while our students are still studying and the program is a valuable aid to help the students to focus their career goals," Bortolazzo says. Jen is at Western Sydney studying a Bachelor of Business and Commerce.

A survivor of domestic violence, she founded The Beauty Bank, a charity that provides life's little luxuries for those in need. In two years The Beauty Bank has helped bring a smile to the face of over 3,000 women and men in the form of large gift bags of toiletries and beauty items.

Jen also works part time as the NRL Cronulla Sharks Stadium as an Operations Coordinator and is a leadership speaker for both corporate organisations and school groups, motivating and educating others of the effects of domestic violence and the power of resilience. She also has two healthy, happy and beautiful children as well as being a long term foster carer to a lovely 2 year old.

Jen believes education is the key to making a positive difference in your life. 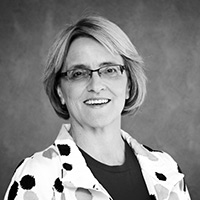 Linda joins Western at a critical time, when the University is looking to expand its international horizons and profile. A public policy expert with 20 years of experience working across industry, government and the education sectors, Linda brings a wealth of experience to the role.

She holds a number of qualifications, including a Bachelor of Arts from Griffith University, Master of Public Administration (with Merit) from the University of Sydney, and Diplomas in project management, international marketing and women's studies.

Throughout her career, Linda has remained committed to working with people and organisations that value innovation and collaboration, and to facilitating global partnerships between industry, government and the education sector which create economic value and public good.