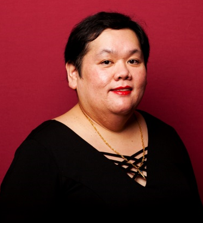 Olivia held a prestigious Golden Jubilee Scholarship before she graduated with Honours as Bachelor of Civil and Environmental Engineering in 2002 at UNSW. She then worked as a structural engineer in the industry for 10 years before pursuing her academic career.

When she was working in the industry her projects included the M7 Motorway, One Shelley Street, King Street Wharf, and the Diagrid Constructed Building in Sydney which was awarded a 6-star Green Star "World Leader" rating. Olivia was also involved in the construction of Tower 5 of the New York World Trade Centre. Today, her expertise in fire and buildings is widely recognised.

Olivia received her PhD in 2009 from Western Sydney University. Olivia is a qualified forensic bridge engineer looking at rehabilitating and strengthening existing bridge structures. She developed the innovative retrofitting methodology for rehabilitation of bridge infrastructures. She is working with Transport for New South Wales investigating the rehabilitation of existing railway bridges and informs the Australian Bridge Standards to guarantee the safe use of bridges nation-wide. Olivia confirmed the benefits of the timber transom replacement at the iconic Sydney Harbour Bridge.

She is an Associate Professor in Structural Engineering and the Associate Dean Engagement in the School of Engineering, Design and Built Environment at Western. In this key role she initiated the “Aspire Program” for Indigenous students in the Engineering and Built Environment sciences. The program promotes STEM learning in primary and high schools and supports Indigenous students to pursue a career in STEM. She is also the Vice President for Engineers Australia Sydney Division, the founder and leader of Women of Wisdom in WSU and is the Representative of Women in Engineering for the Western Sydney Region.

Olivia is a strong advocate for women in engineering. She is a very active mentor for the University's WiSE program, the WSU Science in Australia Gender Equity (SAGE) initiative and for Engineers Australia's Women in Engineering program.

Due to her strong connection with professional bodies, industry partners and holding executive position in Engineers Australia, she is currently leading the Engineers Australia Western Sydney Initiatives. This is where the Western Sydney Airport is the catalyst for much of Western Sydney’s future urbanisation. The Aerotropolis will be the beating heart of the Western Parkland City, connecting to Greater Parramatta and the Harbour CBD to realise the vision for Greater Sydney as a metropolis of three cities.

The Aerotropolis will create an innovation precinct and a home for technology, science and creative industries at Western Sydney Region. World class jobs that will sustain prosperity within the region, creating more than 100,000 new job opportunities across the Aerotropolis Core, Badgerys Creek, Northern Gateway and Agribusiness Precincts by 2056. Furthermore, it will create a liveability, where a 'beyond business as usual' approach will focus on creating a cooler and greener city and access and connectivity, provided through public infrastructure. This fits well with the Urban Living Future Research Theme Champion.

She squarely meets the aspirational goal of “Boldness” set out in the WSU 2021-2026 Strategic Plan, whereby assisting the organisation to position itself at the forefront of change through education, research, innovation, partnership and engagement.