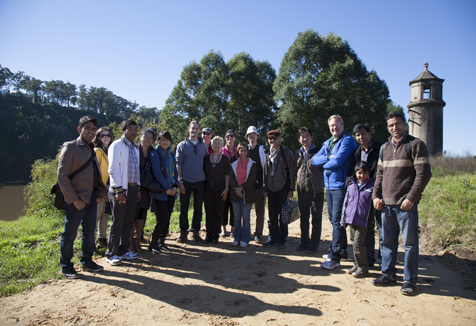 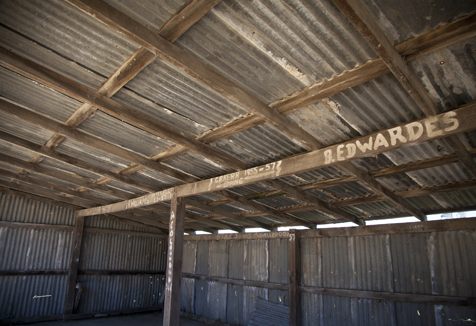 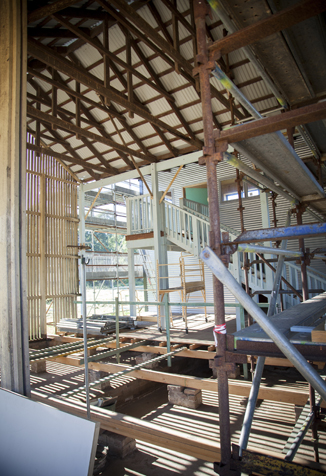 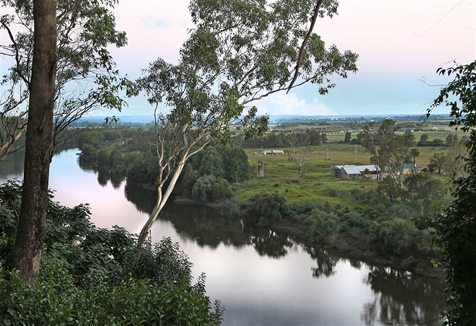 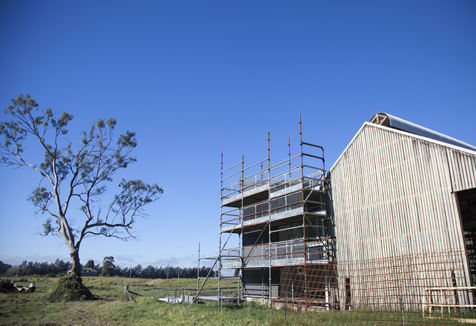 The University occupies an historic 40 hectare holding of prime agricultural land on the Hawkesbury River - including 1 kilometre of river frontage gazetted in 1799. The farm complex is made up of a circa 1900's cottage, a series of timber framed farm buildings, silos and a historically significant water pumping tower. The river banks are revegetated with species commonly found in River Flat Eucalypt Forest, a listed Endangered Ecological Community. The Darug are the traditional custodians of the land and yams and other indigenous plant food are still growing on the riverbanks. The Riverfarm is significant in NSW's cultural history as evidence of agriculture and grazing on the fertile but flood prone Richmond Lowlands from the late 18th century until the present day. 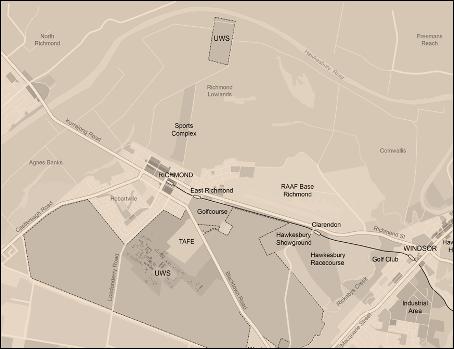 The reinvigoration of the UWS Hawkesbury Riverfarm Education Centre led by the Office of Sustainability will transform the site into a unique outdoor living and learning laboratory that links land, food, culture and water for a range of educational purposes. The project is the flagship initiative of the newly endorsed United Nations University Regional Centre of Centre of Expertise on Education for Sustainable Development – Greater Western Sydney (opens in a new window) or RCE-GWS.

The Riverfarm has been set down as a case study of good practice for engagement in the 2012 UWS Engagement Review and was presented at the Rio +20 Summit in 2012.

A range of collaborative partnerships and expertise have committed to the project including WSI TAFE, Department of Education and Communities, Brewongle Environmental Education Centre, Hawkesbury Nepean Catchment Management Authority, Darug Custodian Aboriginal Corporation and the Hawkesbury Alumni Charter. For use of the site and more information please contact the Office of Sustainability.

The Darug tribe are the traditional custodians of the land on the south back of the Hawkesbury River. The river, known as Deerubbin, and its nearby lagoons were a focal point for bands, clans or family groups to collect food such as fish, eels, shellfish and water birds. Yams and other plants growing on the fertile riverbanks were gathered depending on the season. The surrounding bushlands were used as hunting and trapping grounds of other animals. A search of the aboriginal heritage of the site indicated there was no archaeological sites within the Riverfarm itself; nevertheless the surrounding area has a rich culture and heritage associated with it.

TAFE WSI pre-apprentice carpentry, electrical and plumbing students, under the supervision of their teachers, will assist with the rejuvenation and renovation of the Riverfarm site gaining skills in their specific areas. These hard working students and teachers are transforming the large outdoor shed into a superior outdoor learning space for the use of Greater Western Sydney.

The typical late 19th - early 20th century farm bungalow on site was home to the farm manager employed by the Hawkesbury Agricultural College. The cottage is built on lower brick piers with a timber bottom and rendered bricks. At present despite some minor alterations the cottage remains with many of its original features typical of the time such as the front veranda and steep roof pitch.

The sheds on site are constructed from timber and corrugated iron, most of which were used for storing farm equipment. There are a few sheds on the property that were used for other uses. One is described as a tobacco shed due to the well-ventilated design; however its use as such has not been verified. The other larger shed houses a large 1930's pea harvester. A timber framed skillion roofed shed retains evidence of former students of the college in the 1950s that have marked their names and dates on the timber posts and beams, many of which are still legible.

The Riverfarm pumping station was contracted in 1909. The station was used as a dependable source of domestic, farm and irrigation water for the Riverfarm itself as well as the town of Richmond and the Hawkesbury Agricultural College in the early 20th Century. The pumping stations design and building type, is a rare example of an early 20th Century reinforced concrete pumping station incorporating a tower and well. This enormous structure brought life to the local region of Richmond for many decades.

Between 1891 and 1908 Hawkesbury Agricultural College was administered a section of Crown land from the NSW Department of Mines and Agriculture. Work commenced by the first students involved clearing and fencing of paddocks for grazing and cultivation and construction of dams. The principle Henry William Potts acquired the Riverfarm by lease in 1904 for growing crops enhancing the feed necessary to produce ''studs of high quality poultry, sheep, pigs, cattle and horses''. A year after the farm was in operation plans were made in 1909 to construct a large water tower to provide water to the Riverfarm, as well as the college and the Richmond Township. In 1921 a large scale 'maize-breeding experiment' was undertaken involving Chemists from the college testing the soil quality enhancing the productivity of the farm. It was considered the most fertile farms on the Hawkesbury River at the time.

Peas were grown and harvested on site. The pea harvester still remains at the Riverfarm site today, with future plans for restoration.

For more information on the rich history of the site, please read the Riverfarm Heritage Assessment (PDF, 15125.95 KB) (opens in a new window).