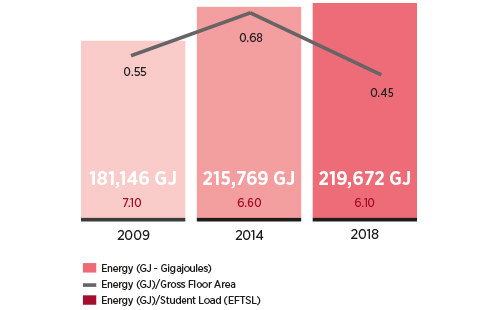 A broad range of energy efficiency initiatives has already been implemented on campus, including building management systems and high efficiency solar hot water heating. Expanding on these, a sustainable energy strategy is being implemented, and current implementation activities include: 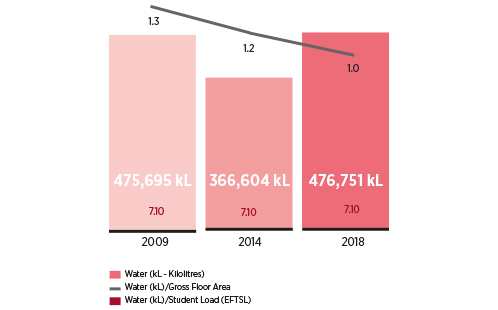 Water efficiency and use of alternate non-portable water resources are well established at Western. Strategies include:

We also reused 545,051 kL of recycled water used on campus through stormwater harvesting and water sensitive urban design in 2018. We recycled 986 tonnes of co-mingle containers, carboard and paper in 2018 (85% of total waste diverted from landfill), compared with 324 tonnes (15% of the total) in 2010. Waste and recycling outputs changed drastically due to a number of initaitves. These include: