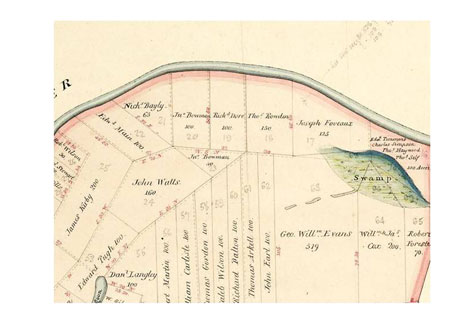 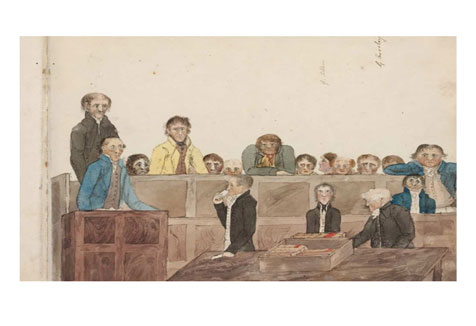 Who owned the Riverfarm? Scroll through the image gallery and listen to the audio recording for Chapter Three of 'Dreaming on the Riverfarm - Stories from the Hawkesbury'.

In 1799 Governor John Hunter granted the portion of land now known as Riverfarm to Richard Dore, the deputy judge advocate and secretary to Governor John Hunter. Described on the land grant as 100 acres (40.47 ha) in the district of Mulgrave Place, the land was situated on the south bank of the Hawkesbury River between grants made to officers and settlers. Like other early grants it was conditional on residence there, and improvement and cultivation of the land.

Crossley purchased goods at the Cape en route to Sydney where he and his wife planned to open a shop. In 1801 George Crossley was pardoned and had sixteen men employed on his Hawkesbury farm. Making significant progress on developing the Dore’s Farm, 12 hectares (30 acres) were cleared and 8 hectares (20 acres) planted with wheat or maize. Livestock included one horse and eight hogs.

By 1806 Crossley held 171 hectares in the Hawkesbury, with wheat, maize, barley, orchard and garden, and pasture. Only 40 acres remained fallow. He held grain on hand and had a few horses, goats  and hogs. Crossley, and his employees and convict servants were not reliant on Government Stores suggesting he was successful in his business pursuits. Crossley practiced as an lawyer in the colony, mostly illegally, as he was still a convict.