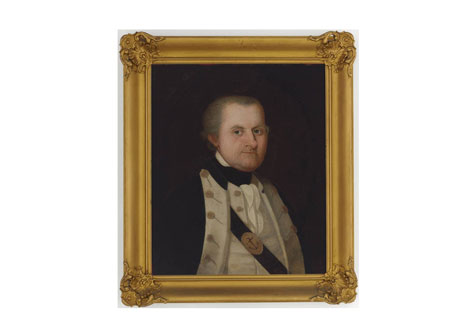 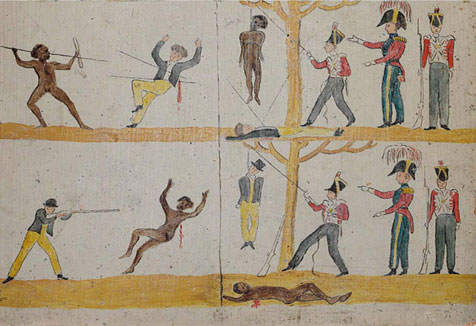 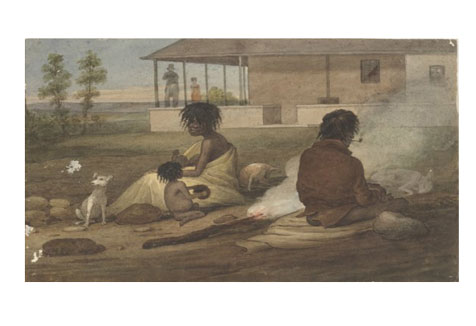 The impact of settlement

Scroll through the image gallery and listen to the audio recording for Chapter Four of 'Dreaming on the Riverfarm - Stories from the Hawkesbury'.

The Hawkesbury district was the frontier of conflict from 1794 until roughly 1830. Problems arose between the aborigines and European settlers, as the local tribes found the access to the river and their food supply blocked by farms and heavily degraded due to clearing. After a number of clashes between the local Darug aboriginal tribe and the settlers, the NSW Corp was sent to investigate in 1795. The New South Wales Corps regiment was led by Major Francis Grose who first established the settlement of the Hawkesbury region (Western Sydney Libraries, 2012; Nichlos, 1995).

In 1799 the ‘Black Wars’ were the beginning of a six-year period of resistance to white settlement by Aboriginal people in the Hawkesbury and Parramatta areas (Korff, 2012). In that same year the first incident of Europeans being tried for murdering Aboriginals took place following the deaths of two Aboriginals in the Hawkesbury district. Five men appeared in Court on trial and following four days of evidence and deliberation the prisoners were found guilty, but acquitted of their charges a short time after (Western Sydney Libraries, 2012).

On the 12th April 1805 three settlers, including Feen Adlam were murdered by aborigines led by the notorious "Branch Jack". Their farm house was burnt and Adlam and his servant died as a result. It was reported "...they had shared a merciless fate, a part of their relics being found among the ashes, and the remainder scattered piecemeal...from which circumstance it is probably conjectured, that after the ill-fated people had been inhumanely murdered, their limbs were severed and wantonly scattered” (Nichlos, 1995). The ‘Black Wars’ continue to be fought between the Aboriginal people and European settlers in the Hawkesbury until 1816 (Korff, 2012).

During the 19th century the number of Aborigines in the Hawkesbury dwindled. Some individuals either integrated and intermarried with Hawkesbury families or left the district. Others lived on the fringes of European society and became reliant on settlers for food and clothing. Some family groups worked on farms as labourers and were supplied rations as part of their wages. John Richmond, an Aboriginal man from Richmond, is recorded on a list in 1816 as receiving a grant of land at Pitt Town (Nichlos, 2005). Australia-wide in 1888 the Aboriginal population reduced from 220,000 to an estimated 80,000 (Korff, 2012).