Winner of the UWS Women of the West Award for 2008

Helen was nominated by Councillor Greg Davies, the then Mayor of Penrith City Council.  As a resident of the Blue Mountains, Helen has changed and improved thousands of lives in Western Sydney.  In the past two decades, the mother of three has devoted herself to the community, particularly in the fields of transport and health.  Through Helen’s innovation and advocacy the registered charity Great Community Transport (GCT) was formed. As manager of GCT, Helen is inspirational and dedicated to the professional development of her staff, delivering high quality service and assistance to transport disadvantaged people living in the Blue Mountains, Penrith and Hawkesbury areas.  In 1999, Helen received her OAM for community service. Winner of the UWS Women of the West Award for 2008 – Helen Walker OAM with Vice-Chancellor Professor Janice Reid AM.

Judith was nominated by local resident John Macrae.  Judith’s personal battle with breast cancer and appearance on the television show Bodyworks was courageous and inspirational to women everywhere.  Judith cast aside her own needs to assist others afflicted in the same way.  Judith has lobbied politicians and the healthcare industry to help alleviate the trauma, tragedy and heartache breast cancer creates.  She is actively campaigning for more Medicare funded MRI scans to detect breast cancer early.  Judith has also been active in gaining special Government approval for the drug ‘Herceptin’ to be placed on the Pharmaceutical Benefits Scheme (PBS).

Councillor Judith Hannan is presented with the Highly Commended Award by Vice-Chancellor Professor Janice Reid AM.

Judith was nominated by Councillor Greg Davies, the then Mayor of Penrith City Council.  A Western Sydney local for over 30 years, Judith is actively involved in a wide range of organisations throughout the region’s businesses, education and employment industries and in the not for profit sector.  Her current role with Delfin Lend Lease has primarily been focused around the establishment of strategies to generate sustainable economic growth and social capital in the region.  One of Judith’s significant contributions has been leading the establishment of the Ropes Crossing Skilling and Employment Centre – established to help local people find local jobs. Theresa was nominated by Paul Maher from Loxley on Bellbird Hill.  A business proprietor and resident of the Hawkesbury area for 27 years, Theresa is known for her philanthropy and support in palliative care.  She established the Outstretched Hand Foundation in 1980, to provide physical support and information to patients suffering from terminal illness.  Theresa was instrumental in starting the National Association of Loss and Grief.  In 1994, Theresa set up the Chapel on the Hill retreat, entertaining many older people from hostels and the community. 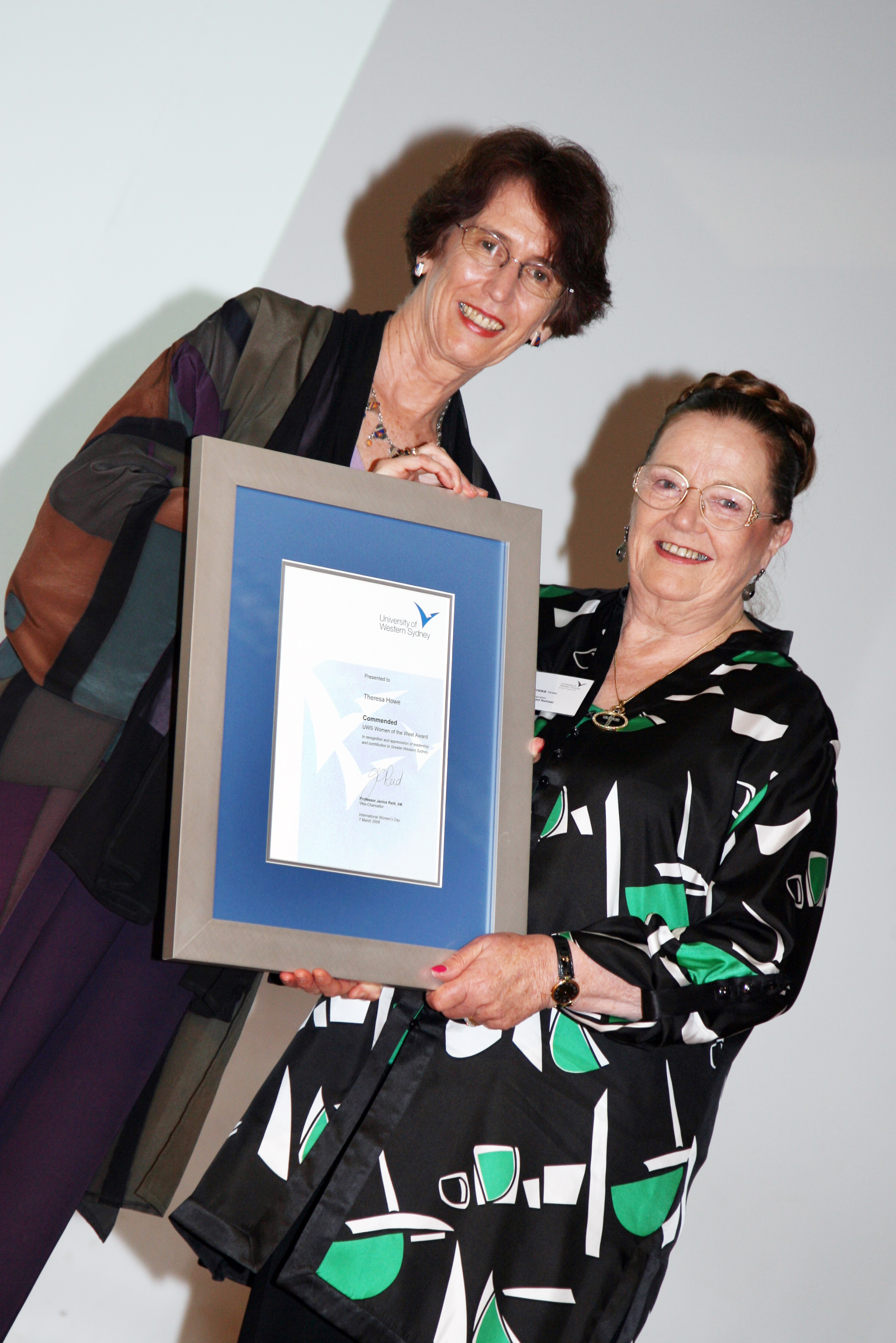 Lavinia is 18 and lives in Tregear. She works tirelessly with various groups of young people providing much needed peer support as well as advocating on their behalf.  Lavinia is not one for the limelight and would prefer to go about helping people without recognition or reward.  Her passion, energy and efforts should however serve as a strong inspiration to the large number of young people in Western Sydney and she is an extremely positive example of what can be achieved.

Lavinia currently works at the Bidwill Primary School as a Teachers Aide Special, providing one on one support to at risk students. Lavinia was named Blacktown’s Young Citizen of the Year in 2006 and is a member of the Blacktown- Nepean Regional Advisory Council of the Community Relations Commission as well as the Youth Advisory Council for Blacktown City Council. She volunteers at the Pacific Youth Network Committee where she has written several youth related newspaper articles, coordinated Pacific Education Workshops, and the annual Pacifica Youth Festivals. Winner of the UWS Young Women of the West Award for 2008 Lavinia Vaifo'ou pictured with Vice-Chancellor Professor Janice Reid AM and Councillor Barbara Gapps, the then Senior Vice President of WSROC.

Congratulations to everyone from across Greater Western Sydney nominated for the 2008 Women of the West Award:

Young Women of the West Award: Past and present winners of UWS Women of the West Award.  From L-R are Helen Walker OAM, Juliana Nkrumah, Sister Mary-Louise Petro and Dr Elizabeth McCusker.