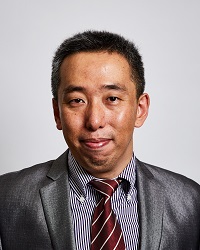 Dr. Chunwei Zhang received his Ph.D degree in 2005 from Harbin Institute of Technology (China), where he was former associate professor, Ph.D supervisor and deputy director for the Laboratory of Blast Resistance & Protective Engineering. In 2010 he was appointed Senior Lecturer, Structural Control, in the School of Engineering, College of Health and Science at Western Sydney University. He has also served as the Secretary-general for the Young Researcher's Forum at the 14th World Conference on Earthquake Engineering, and committee member of Dynamics and Control Division of American Society of Civil Engineer (ASCE).

Dr. Zhang has been in charge of and participated in several major research programs, including major and key and general projects from the National Science Foundation of China (NSFC), Key Technology R&D and 863 discovery and 973 major fundamental programs from Ministry of Science and Technology of China as well as industry grants etc. He was also the external assessor for the National Science Foundation of China. He was awarded the first grade prize for Science and Technology Progress in 2009 by China's Ministry of Education, the Japan Society of Seismic Isolation (JSSI) award in 2004, and the best paper award for the Eleventh International Symposium on Structural Engineering, among other accolades.

2009: China Ministry of Education, the First Grade Prize for Science and Technology Progress, Structural Vibration Control and its Applications (No.5 awardee)

2004: Japan Society of Seismic Isolation Awards for International Idea Competition as Commemorative Project to Mark the 10th Anniversary of the Foundation of JSSI (No.1 awardee)