Professor Kevin Dunn and Katie Blair led a team of researchers to measure the extent and variation of racist attitudes and experiences in Australia. The study was commissioned by the television network SBS for a documentary entitled 'Is Australia Racist?' released on Sunday 26th February 2017. The research team included Dr Oishee Alam, Dr Alanna Kamp and Rosalie Atie.

This project measured the extent and variation of racist attitudes and experiences in Australia. It examines Australians attitudes to cultural diversity, discomfort/intolerance of specific groups, ideology of nation, perceptions of Anglo-Celtic cultural 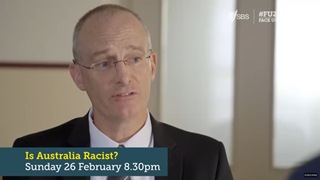 privilege, and belief in racialism, racial separatism and racial hierarchy. The project also explored targets experiences of racism and the circumstances in which these events occur. We examined the different forms racism takes, the various spheres of life in which incidents occur, the frequency of incidents, responses to incidents (undertaken by both bystanders and targets) and the impact of those experiences on victims.

The survey results were used to inform the documentary Is Australia Racist? The documentary, compared by Ray Martin, broadly investigated the question Is Australia Racist? by testing our survey findings through recorded field experiments. A number of hidden camera social experiments were conducted, accompanied by interviews with both victims and perpetrators of racism. Throughout the documentary experts like Professors Kevin Dunn, Yin Paradies and Andrew Jakubowicz provided expert opinion on the events that unfold, explaining, for example, why bystanders did or did not respond to a specific incident of racism.

The documentary was one of a number of programs featured on the television network SBS, from 26th February to 5th March 2017 as part of Face Up To Racism week – a week during which SBS sought to encourage greater understanding, inspire change and support an inclusive. 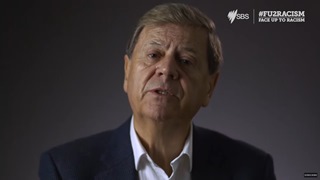 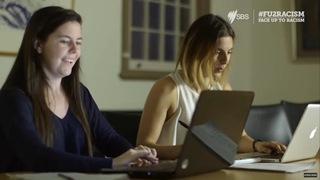 The key findings of the survey include:

The vast majority of respondents (80.4%) believe it is a good thing for a society to be made up of different cultures.

A large proportion of respondents (77%) appreciate the need to challenge racism and for there to be anti-racism initiatives. Seventy-six per cent of respondents also expressed a commitment to personal action.

Despite these findings high levels of antipathy were found towards various groups of Australians.

Experiences of racism amongst the respondents were quite high: 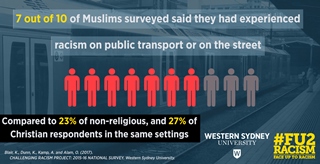 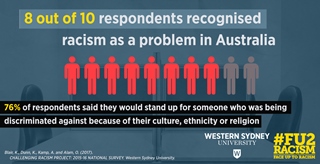