We dominated at the Australian University Games!

This result far exceeded expectations as well as past results from the team at previous University Games. Western Sydney University Sports Officer, Brendan Hoey said that "we weren't expecting results as great as this.  It's a testament to the hard work and determination from our students and the incredible sportsmanship they demonstrated throughout the games".

Seven Bronze medals were won by the Mixed Netball team, Men's Tennis team, Taekwondo team by Hansel Rebello, Rishad Akbary and Arashk Vatandoust. As well, one in athletics by Amanda Barendregt in the 5km Race Walk and in swimming by Trent Abbott in the 100m Breaststroke.

At the conclusion of the University games, ten Western Sydney students were selected in the prestigious 'Green and Gold' squad recognising them to be the most valued players from throughout the competition in their chosen sports.

Find out more about Western Sydney Sport at: https://orgsync.com/81001/chapter 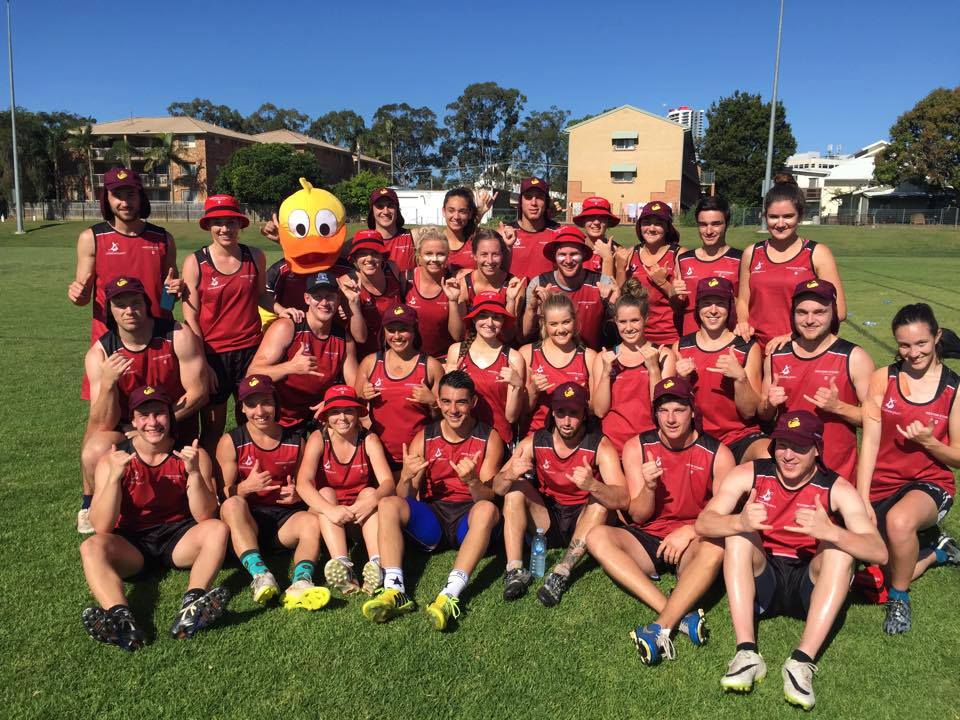 Above: Our Mens & Women's Touch Football teams after winning their Gold Medal matches