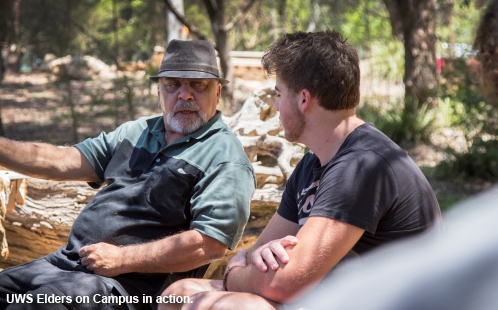 UWS staff and initiatives have been awarded at a host of prestigious events over the past weeks. Here, you'll find out more about these great achievements.

UWS was successful in the Australian Research Council Grants announced on 5 November, winning support for outstanding early career researchers through the Fellowship program and research projects via the Discovery program. More information on the research and grants awarded to UWS researchers can be found in the UWS Australian Research Council Grants for 2015 (PDF, 3247.69 KB) document.

On 12 November, UWS was announced as a recipient of the Employer of Choice for Gender Equality citation for 2014. This new citation replaces the Employer of Choice for Women citation, which UWS received for 10 consecutive years up to 2013. The award recognises our ongoing effort to support gender equality and create opportunities for all of our employees to progress and succeed in their careers. More information about gender equality at UWS can be found on the Gender Equality webpage (opens in a new window).

Earlier this month, UWS was awarded the Green Gown Social Responsibility Award for leadership in the Youth Eco Summit (opens in a new window). This award recognises initiatives by tertiary education institutions that create significant benefits for communities, disadvantaged groups and/or society as a whole either in Australiasia or developing countries. The Youth Eco Summit is a partnership between UWS, the Department of Education and Communities, and Sydney Olympic Park Authority under the RCE-GWS banner.

Congratulations to all involved in these achievements.