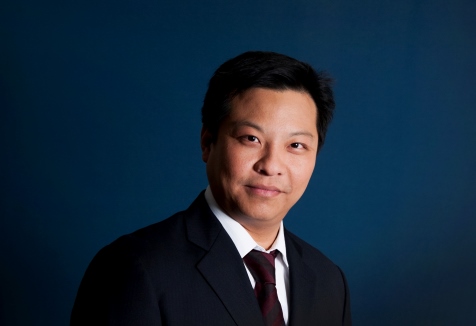 Whether studying at home or abroad, the benefits of cross-cultural interaction are plentiful. Not only do travelling students gain an insight into another country’s way of life and perspective on their field of interest, but home campus students are also able to form friendships and gain an understanding of other cultures. For fostering relationships that provide these opportunities for students, Associate Professor Yi-Chen Lan, Associate Pro Vice-Chancellor (International) and Director of UWS International, was recently awarded an Honorary Doctorate by the University of Economics Ho Chi Minh City (UEH).

“I remember, with great excitement, how I personally greeted the first cohort of 10 students for the Doctor of Business Administration program partnership in 2009,” says Yi-Chen, “and how proud I was when they successfully finished their studies in 2013.”

Since then, more than 20 candidates from various universities and research institutes in Vietnam have been attending the program at UWS. UWS has extended the partnership to include the Master of Business and Commerce and Master of Business Administration. Under the agreement, students are taught the first year of the program at the UEH International School of Business and are then given the option to transfer to UWS and complete their study in Western Sydney.

“Together, UEH and UWS are providing opportunities for Vietnamese students to gain a world perspective through their studies by studying in Australia,” says Yi-Chen. “Our unique partnership is an example of developing global citizens and preparing our graduates for personal and career success. To date, over 150 Vietnamese students have either completed their degrees at UWS or are currently studying at UWS, through these programs.”

Yi-Chen says he is honoured to receive the Honorary Doctorate in recognition of his contribution to the partnership between UWS and UEH, as well as his involvement in the strategic development of Vietnamese Higher Education Reform.

“The Australian Consul-General in Ho Chi Minh City, His Excellency Mr John McAnulty, commented at the Honorary Doctorate conferring ceremony that the award signifies not only my contributions specifically to the education development between UWS and UEH, but also further strengthens the higher education cooperation between the two nations,” says Yi-Chen.

Yi-Chen started his UWS journey as an international student enrolled in the Bachelor of Commerce (Computing & Information Systems) at UWS in 1994 at Westmead campus. He went on to study his Honours degree and then PhD, and followed this by joining UWS as a lecturer in 2001. In 2004, he was promoted to Senior Lecturer and in 2006 was appointed Associate Dean (International) in the College of Business and Law. He took on the role of Associate Pro Vice-Chancellor (Engagement and International) in October 2011 and commenced as Director of the UWS International Office in 2012.

“While UWS is celebrating its 25th anniversary in 2014, I am also celebrating 20 years’ involvement with UWS,” says Yi-Chen.