Dreaming on the Riverfarm 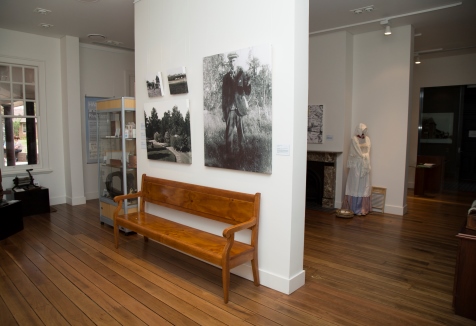 Before UWS acquired the Riverfarm site, and before Europeans arrived, the traditional custodians of the Hawkesbury were members of the Darug tribe. The Hawkesbury River, known to the Aboriginals as Deerubbin, and its nearby lagoons were a focal point for bands, clans or family groups who collected food such as fish, eels, shellfish and waterbirds.

In November 2013, the UWS Office of Sustainability, supported by RAMS, launched the Dreaming on the Riverfarm – Stories from the Hawkesbury exhibition, which takes its audience back in time through an oral history. The exhibition – held at the Discovery Centre, Building R4, Hawkesbury campus – also features student works from Blaxland High School and Lapstone Public School who have investigated how to live more sustainably and how people worked and lived at the Riverfarm using 21st-century learning.

Today, UWS, TAFE NSW Western Sydney Institute (WSI TAFE) and the Hawkesbury Environment Network are working together to protect the health and vitality of the Hawkesbury-Nepean River. Also, in partnership with WSI TAFE, the site is being rejuvenated by pre-apprentice students who are gaining hands-on skills in carpentry, plumbing and electrical work by building an educational facility.

Primary and high-school students from the Greater Western Sydney region will benefit from the completed building, which will offer educational programs for multiple disciplines based on the new national cross-curriculum focused on sustainability in Australia’s schools.

The exhibition is open for viewing Wednesdays from 10am to 2pm or by appointment until Friday 28 February. If you would like to make a booking to view the exhibition, please contact Helen Angelakis (opens in a new window).

The oral history is also available on the UWS Dreaming on the Riverfarm webpage (opens in a new window), where you can read and listen to narrations.

The Dreaming on the Riverfarm – Stories from the Hawkesbury project was funded by a 2011-2012 Your Community Heritage Grant from the Australian Government Department of Sustainability, Environment, Water, Population and Communities.