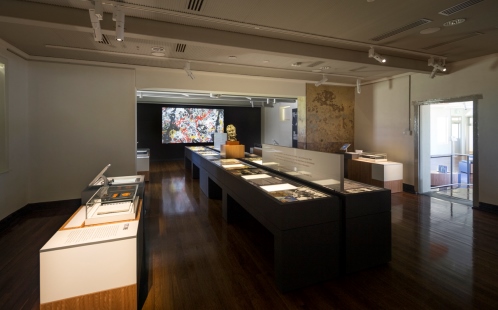 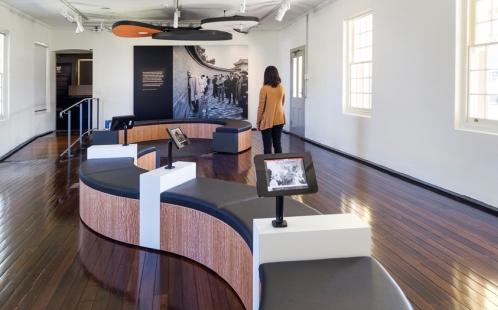 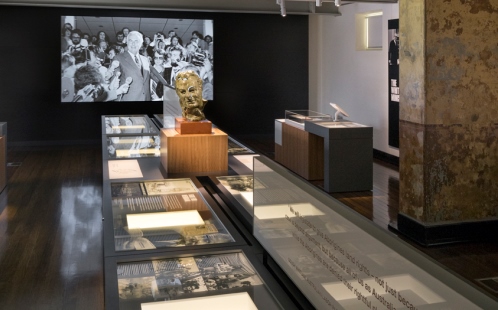 The Female Orphan School has had a few guises since its establishment in 1813, including being a children’s home for more than 70 years, followed by becoming the Rydalmere Psychiatric Hospital for close to a century. The recent restoration has given the building a whole new lease on life, and it is now home to the Whitlam Institute (opens in a new window) as well as a number of exhibitions – some temporary and some permanent.

During the restoration, a number of interesting artefacts were discovered, which form part of the heritage interpretation display in the building’s Visitor Information Centre.

View timelapse footage of the restoration below:

“Silver” features the work of UWS students and graduates that has been acquired by the UWS Art Collection. Student works were often purchased for the Art Collection from final-year graduation exhibitions, as well as the work by successful practising artists who studied at UWS. Artists include Liam Benson, Michael Brewster, Karen Coull and more.

“Uplifted Horizons” focuses on artists whose work thrived during the Whitlam era. It includes works from the UWS Art Collection and the Whitlam Prime Ministerial Collection by iconic Australian artists such as Brett Whiteley, Arthur Boyd, John Coburn and John Olsen.

There’s also a permanent exhibition: “A Changing Australia: The time of Gough Whitlam”, which explores the life and legacy of former Australian Prime Minister, Gough Whitlam.

“The Female Orphan School nestles on the southern edge of our campus overlooking the Parramatta River,” says Eric Sidoti, Provost of Parramatta Campus and Director of the Whitlam Institute. “It is glimpsed by a world of passers-by: on the water from the Rivercat’s salt-streaked windows; from the road by drivers streaming past on James Ruse Drive; from the railbridge of the Carlingford Line; by walkers and cyclists along the foreshore. It has too long laid unknown and unvisited by thousands of students, staff and campus visitors. All that is changing as this grand old building comes back to life and voices are heard again throughout its labyrinth of rooms and corridors. At the official opening the Governor-General said to me on leaving that there is nothing quite like this anywhere else in Australia and who am I to disagree? The Female Orphan School is here to be discovered.”

The Female Orphan School is now open to visitors from 10am to 4pm on Thursdays and Fridays. You can also visit on the following Saturdays: 29 March, 12 April and 10 May. Other Saturday dates will be announced and listed on the Female Orphan School webpage (opens in a new window), so be sure to check regularly.

If the history of the Parramatta campus interests you, why not take a stroll down the Parramatta Campus Heritage Walk (opens in a new window) the next time you’re on campus or taking a lunch break?