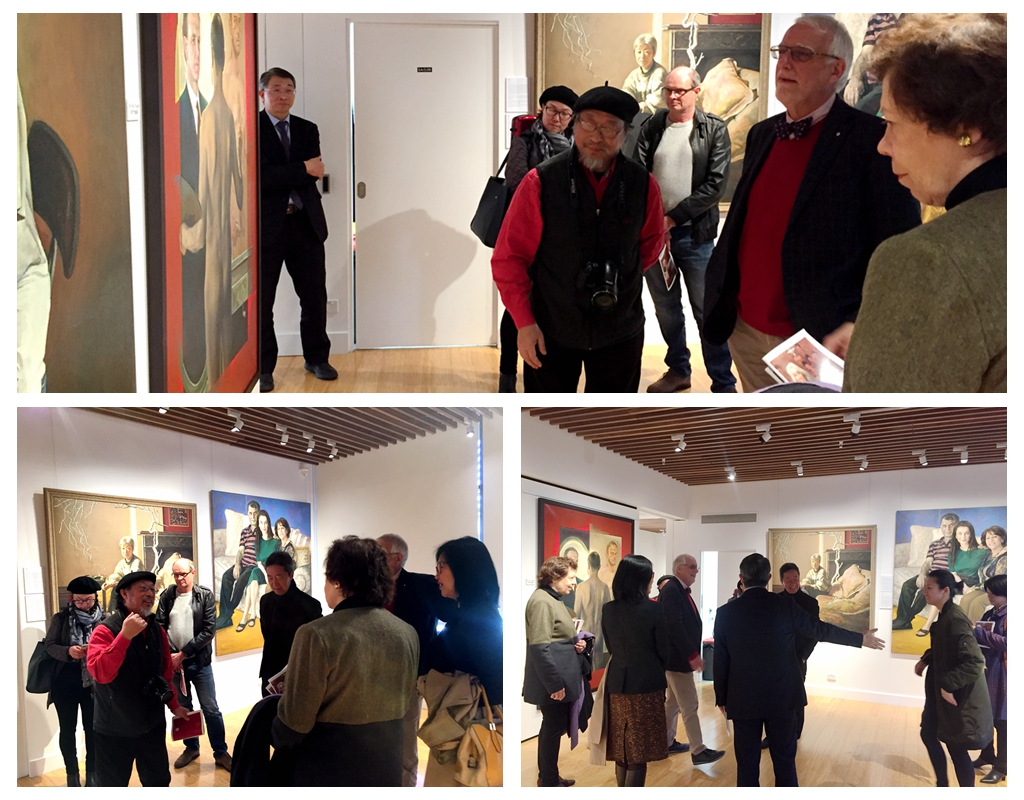 On 4 July, 2018, ACIAC’s Adjunct Professor Carrillo Gantner visited the Institute to see the exhibition of Mr. Shen Jiawei’s Archibald Paintings. Here at the Institute, he was joined by the artist himself, Simon Chan (Director & Founder of Art Atrium), Jackie Menzies (President of the Asian Arts Society of Australia), Ms Yin Cao (Curator of Chinese Art at the Art Gallery of New South Wales), Dr Mikala Tai (Director of 4A Centre of Contemporary Asian Art), Chinese Australian artist Bingbing Chen. Professor Gantner enjoyed the exhibition with the help of the artist’s introduction. And he commended the artist for the great art in his paintings.

Professor Carrillo sat with other visitors to the exhibition for a brief conversation. He took questions about his work with the Asia-Pacific Triennial of Performing Arts (aka Asia TOPA) and his latest experience as a leader in Australia-China cultural exchange. He confirmed that he would be back to ACIAC for some lecturing in early 2019.

Carrillo Gantner is an Australian cultural leader and philanthropist and a member of the Melbourne Myer family. His best-known achievement lies in the area of founding theatres and theatre companies. He founded the Playbox Theatre in 1976 and in the late 1980s was the driving force for the building of the Malthouse Theatre complex which opened in 1990. He was appointed an Officer in the Order of Australia (AO) in June 2001 for service to the performing arts and for fostering cultural exchanges between Australia and Asia. In 2003, he received the inaugural Dame Elisabeth Murdoch Cultural Leader of the year Award. In 2007 Carrillo was named Victorian of the Year in recognition of his cultural and philanthropic service to Victoria. In the same year he was named Victorian Senior Australian of the Year. In 2008 he was elected an Honorary Fellow of the Australian Academy of the Humanities.