The Chinese Duanwu Festival, which falls on the 5th day of the 5th month on the Chinese lunar calendar, is very much a poetic festival related to an ancient Chinese poet, Qu Yuan (340-278 BC) , who authored the poem Li Sao (Lament). To mark this year’s Duanwu Festival, the Australia-China Institute for Arts and Culture(ACIAC) invited two literary writers, Mark Tredinnick and Isabelle Li, for a conversation about poetry writing and poetry translation on 14 June, 2018.

Mark Tredinnick is a poet, essayist, and writing teacher. He has published many books including Almost Everything I Know, Bluewren Cantos, Fire Diary, The Blue Plateau, and The Little Red Writing Book. He won the ACU Poetry Prize in 2016 and the Ron Pretty Poetry Prize in 2017. His poem “The Habit of Wings” appeared in Best Australian Poems 2017. Isabelle Li is a writer and translator. She has published fiction in various anthologies and literary journals, including The Best Australian Stories, Southerly, and World Literature in China. In 2016, her collection of short stories, A Chinese Affair, was published by Margaret River Press. 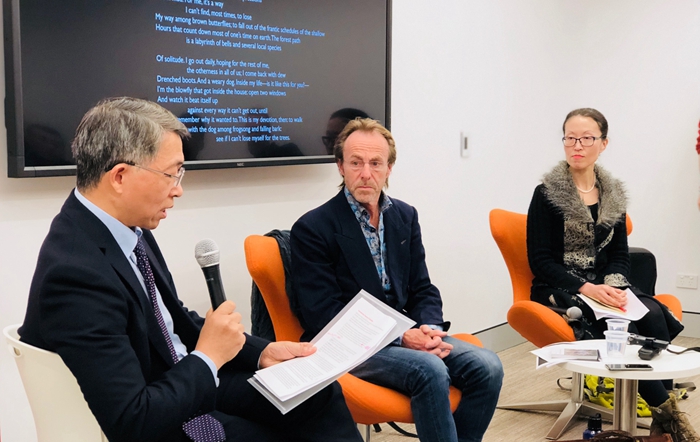 ACIAC Director Professor Labao Wang moderated the conversation. He began by inviting Ada(Ruiyuan) Wang, a PhD candidate of Western Sydney University and hostess for this year’s Cross-Strait and Australia Higher Education Forum, for a short recital of Qu Yuan’s poetry. And he then introduced Qu Yuan and briefly spoke about the Duanwu Festival as a living tradition that is observed each year in China, Vietnam and Korea to commemorate the death of the poet that is widely respected as Father of Chinese poetry. 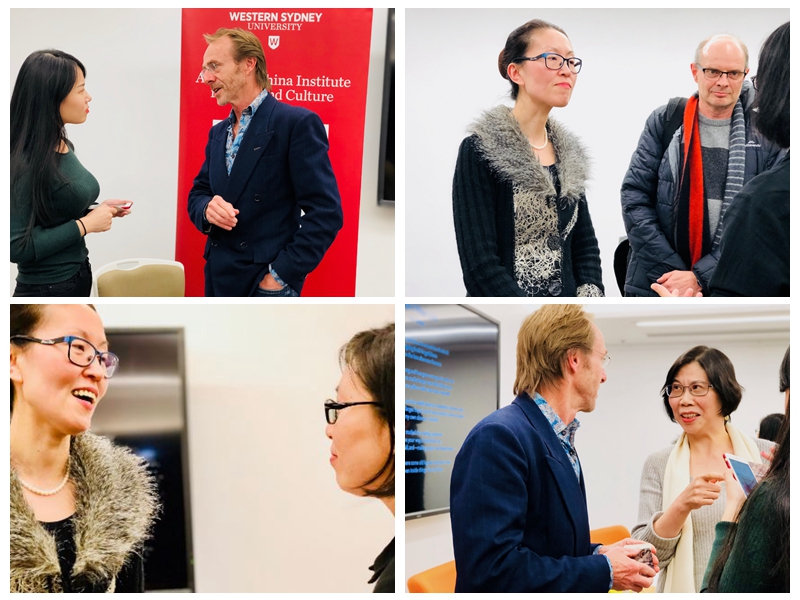 For the conversation, Mark Tredinnick read to the audience five of his poems—“On Hammock Hill”, “Tropicbird”, “Soft Bombs”, “The Kingfisher” and “The Wombat Vedas”, and spoke about the circumstances of their composition. He especially drew attention to the sounds, images, metaphors and ideas that had inspired his writing of these poems. Li then read her translations for the five poems and talked about the methods and considerations that had gone into her Chinese rendition. And she emphasized that she offered to translate these poems because she felt drawn to them aesthetically, emotionally and intellectually, and she recalled how, while translating them, she struggled with each line to get the words in another language to accommodate what she felt she perceived in the English poems, especially the beauty of the poet’s language. After their talk, Tredinnick and Li responded to the audience’s questions about poetry writing as a “labour intensive” job, the relationship of poetry to poverty and suffering, the relationship of poetic to more functional (say legal) language, the characteristics of a good and a bad metaphor, the difference between fiction and poetry writing, and so forth. After an extremely enthusiastic round of discussion and comments, Tredinnick the poet wound up the session by reading a final poem titled “When I Was Lost”. The poem, he said, was written beside the West Lake in Hangzhou, China, but it also recorded a renewed encounter of the poet with the spirit of poetry.