Linda Jaivin Speaks about Her China Novels at ACIAC One of Australia’s renowned experts on Chinese language and culture, Linda Jaivin was born in the USA to a Jewish family of Russian heritage. She studied Asian History while at the university and went on to study Chinese language in Taiwan. From 1979 she started to work between Hong Kong and mainland China and in the last forty years, she has been writing about China and translating film subtitles for Chinese directors. She is the author of eleven books (seven novels and four book-length works of non-fiction), four of which are about China. On 5 April, she was in ACIAC to give a seminar and talk about her two novels that are set in China — A Most Immoral Woman (2009) and The Empress Lover (2014). Professor Labao Wang moderated the event. Linda Jaivin began her talk with some reflections on the fictional and “invented” nature of all China stories and narratives. She argued that, while anyone could write a literary novel about China, no writer could automatically claim exclusive ownership and ultimate authenticity in the genre. The more important thing, to her, is whether one really produces a genuinely good novel, good in terms of quality of writing, characterization, narration, etc. A good novel about China does not have to be naturalistically factual in terms of details. But, it must tell a story that is truthful.

Linda Jaivin went on to speak about the inspirations that led her to write A Most Immoral Woman and The Empress Lover. She indicated that the former was written while she was reviewing a new biography of the famous Australian in China, G.E. Morrison. The book attempted to capture a segment of Morrison’s life in China by looking into the story about his relationship with an American woman during his stay in the country. The Empress Lover, by comparison, brought together the story of Edmund Backhouse in late Qing Dynasty China and her own memories of decades of experience in China. Featuring a film subtitler in China like herself as the key narrator and central protagonist, the novel spans over some 35 years in the emotional presentation of an Australian woman’s engagement with contemporary China. To illustrate a point that she made every time, Linda Jaivin read from her two novels. Her talk and reading inspired a lot of interest from the audience in the possibilities of film adaptation for the novels, the metaphorical meanings of details in the books, and her own cultural identification after many years of working with China. She especially elaborated on her understanding of the “truthful” that she has been committed to in all her fiction writing. 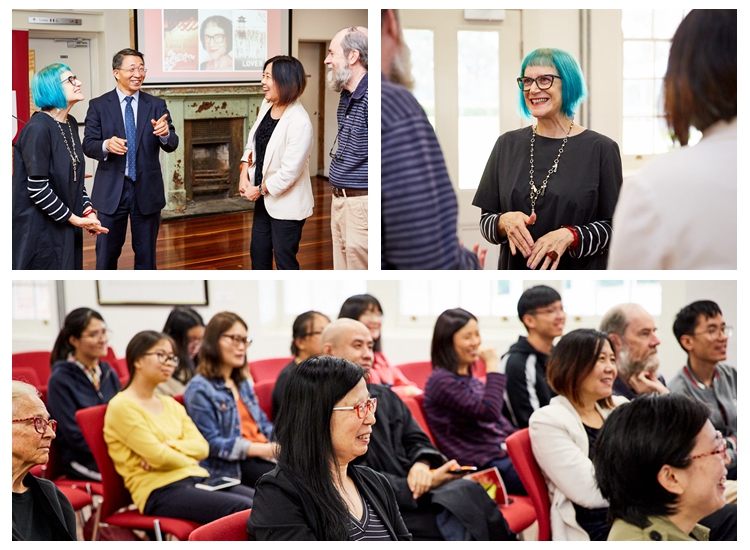 Linda Jaivin’s two other books of non-fiction about China are The Monkey and the Dragon (2001) and Beijing (2014). As a translator she has done English subtitling for Wong Kar Wai’s Grandmaster, Chen Kaige’s Farewell my Concubine, and Legend of the Demon Cat, Zhang Yimou’s To Live and Dante Lam's Operation Red Sea. She has also written extensively about translation as in The Quarterly Essay Found in Translation: In Praise of a Plural World.