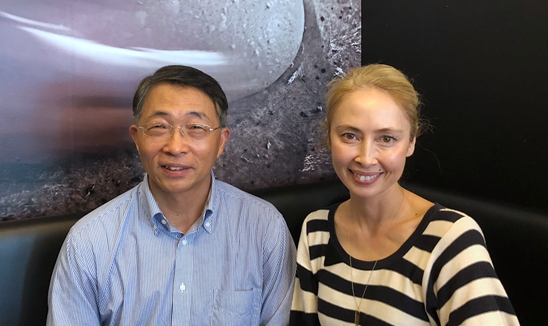 On 30 December, 2017, ACIAC Director Labao Wang met with WSU’s distinguished alumna, Dr. Melissa Chiu, in Sydney. Melissa Chiu was founding Director of Sydney’s Gallery 4A (later renamed the 4A Centre for Contemporary Asian Art). She was appointed Asia Society's Museum Director in 2004 and in 2014 she became the first non-American to be appointed as the Director of the Hirshhorn Museum and Sculpture Garden. She was the author of Breakout: Chinese Art Outside China (2007) and Chinese Contemporary Art: 7 Things You Should Know (2008). Her latest books include Contemporary Asian Art (with Benjamin Genocchio) and an edited anthology, Contemporary Art in Asia: A Critical Reader.

Dr. Melissa Chiu expressed great interest in the newly founded Australia-China Institute for Arts and Culture and was delighted that WSU was putting in place a specifically arts and culture platform that will help promote Australia-China exchange. She was especially interested in ACIAC’s new master program in Chinese Cultural Relations, which is expected to start taking students this year. She asked about the program’s future students and happily accepted Professor Wang’s invitation to be involved in the program’s future operations.

Dr. Melissa Chiu was born in Darwin, Northern Territory, Australia, but moved to Sydney with her parents. She completed a Bachelor of Arts degree at the University of Western Sydney and then an MA (Arts Administration) at the College of Fine Arts, University of New South Wales. She later completed a PhD at the University of Western Sydney focusing on Chinese contemporary art in the diaspora. Despite her career in the United States, Sydney has remained her family home