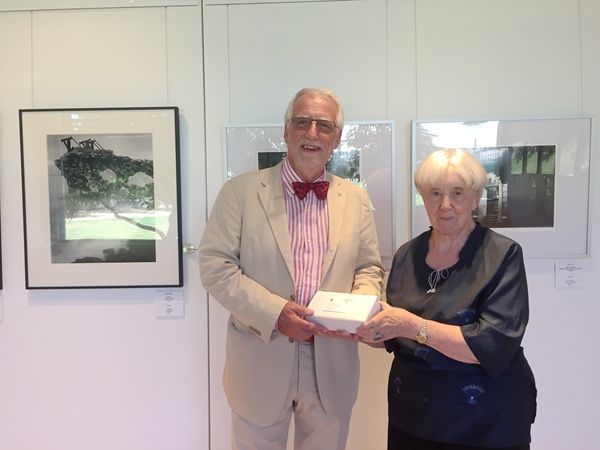 Professor Carrillo Gantner made his first visit to the Institute on December 1. Carrillo has contributed greatly to the development of cultural links between Australia and China since the 1970s. Based in Victoria, he first studied Chinese at the University of Melbourne, was Cultural Counsellor at the Australian Embassy in Beijing from 1985 to 1987. He has been a member of the Australia Council for the Arts and of the Australia China Council and has played a leading role in theatre and cultural life in Melbourne. Most recently founded AsiaTOPA (Triennial of the Performing Arts in Asia).

During his visit to the Institute he met Professor Peter Hutchings, Dean of the School of the Humanities and Communication Arts, our Research Fellows and some of the key researchers in the School who work closely with the Institute in the creative arts and translation.  He also visited the current exhibition by Tianli Zu, Missing, in the Margaret Whitlam Gallery. He has promised that he will return in 2018 to give a guest lecture.