Like Christmas of the West, the Chinese New Year Festival is very much a time about family. Commonly referred to as the Spring Festival, it was traditionally also about celebrating the end of winter and the beginning of a new cycle of warmer seasons. Today, however, the Festival is widely observed in many countries all over the world. Despite its Antipodean differences in terms of seasons, Australia is said to have one of the biggest Chinese New Year celebrations outside Asia. 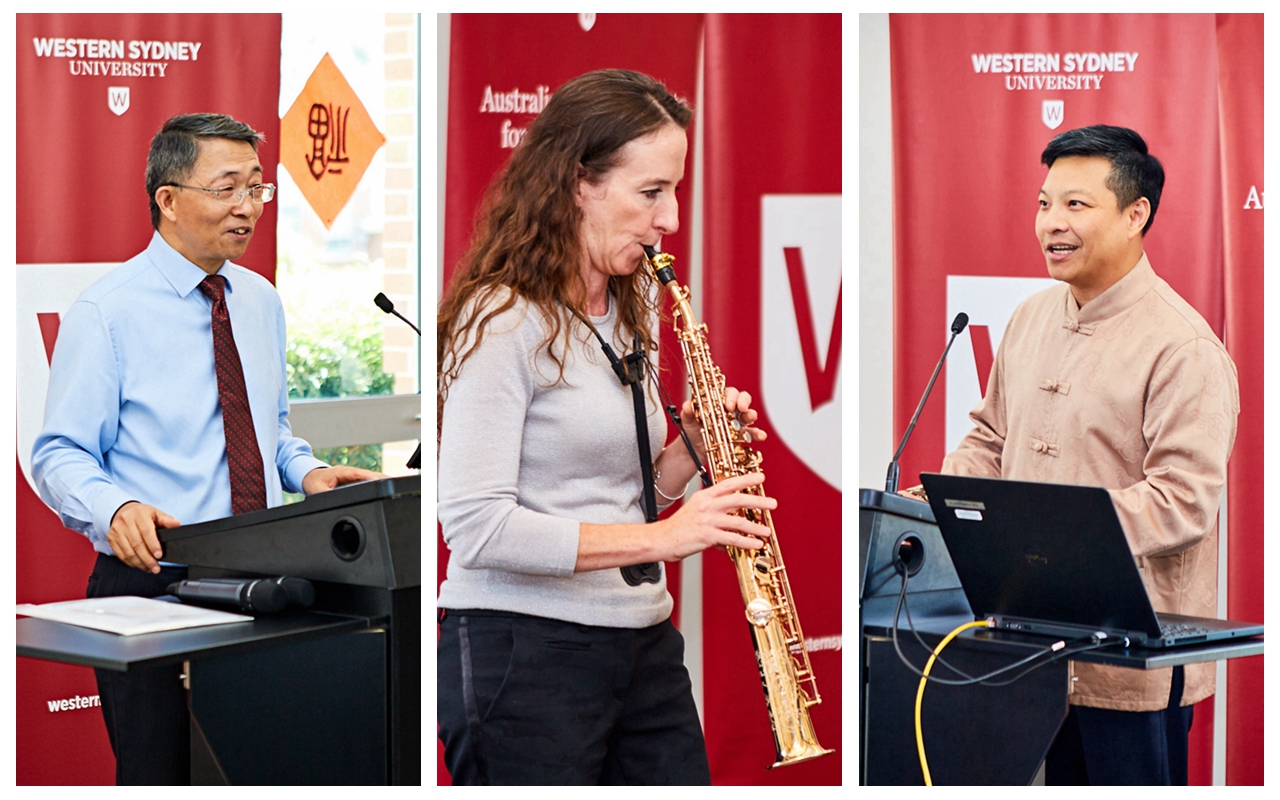 This year, the Festival fell on 5 February. On 2 March, 2019, ACIAC hosted a reception in Pavilion (EEa) to mark the occasion with the community. ACIAC Director Professor Labao Wang moderated the event. Pro-Vice Chancellor of Western Sydney University Professor Yi-Chen Lan kicked off with a welcoming speech, in which he proudly introduced the university’s history, scope and latest achievements, and he extended his and the university’s best wishes to the audience and community of Western Sydney for the Year of the Pig. After that, one of Australia’s leading saxophone artists Christina Leonard performed a heart-warming medley of some beautiful Australian and Chinese music. Dr Xiaoshu Zhu from the Chinese Medicine Centre delivered a short presentation about the history and the anthropological origins behind the Chinese New Year, in which she explained its calendric irregularities each year and some of the cultural narratives underlying them. Western Sydney University’s fiction writer Isabelle Li from the Writing and Society Research Centre read from her short story “Lyrebird” in her collection of short stories, A Chinese Affair. One of Western Sydney University’s external auditors and author of The New Chinese in Australia Barry Li came with his book but attempted his first ever stand-up comedy about some of the hilarious experiences of working with the university and living as a new Chinese migrant in Sydney. ACIAC’s founding Director Professor Jocelyn Chey spoke about her research as a humour scholar and, with the help of some fascinating examples, she discussed the history of Chinese humour and looked into some of the unique characteristics of Chinese laughter. Two Western Sydney University students, Kim Willcocks and Lawrence Kini, from the Chinese program of the School of Humanities & Communication Arts introduced their experiences as exchange students to China at Jinan University in Guangzhou and gave a dressed-up performance of Chinese Kungfu against the accompaniment of popular Chinese music. Sydney’s well-known bilingual event host and China expert Mr Steven Greig rounded up their performance with some highly encouraging comments on the rich benefits as well as early frustrations of Chinese language learning. 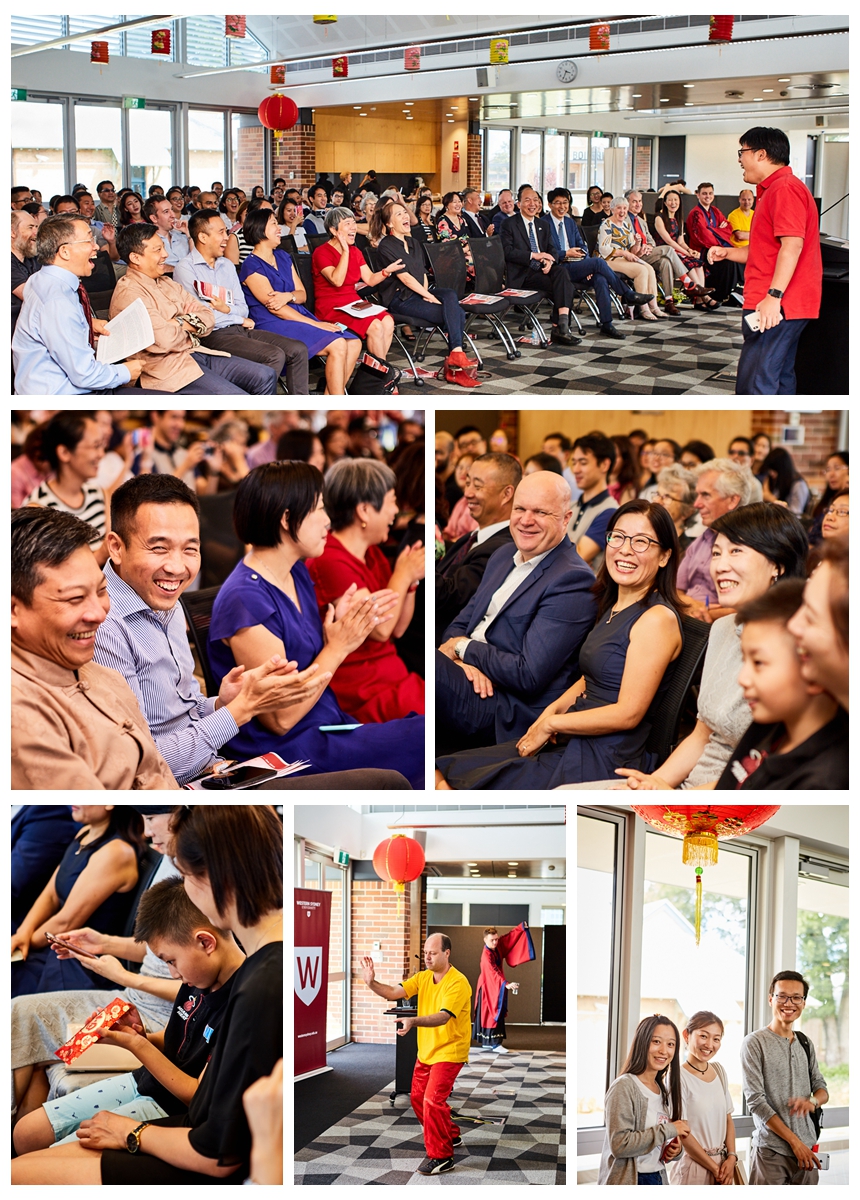 Co-hosted by the Chinese Medicine Centre led by Associate Professor Xiaoshu Zhu and the Chinese program and the Bilingualism Lab led by Associate Professor Ruying Qi, this year’s Chinese New Year reception attracted an enthusiastic audience of over 100 people from all over Sydney. Education Counsellor Mr Niu Wenqi and Consul Mr Hou Yongfeng from the Chinese Consulate General in Sydney attended the event. Dean of the School of Humanities & Communication Arts Professor Peter Hutchings, Distinguished Professor Ien Ang, ACIAC’s key researcher Dr Michael Williams, Associate Dean of the School of Law Dr June Wang were also with us for the function. The Institute’s exhibiting artist Ms Bingbing Chen, students of Western Sydney University, colleagues from Parramatta Council, and friends from all over Sydney joined us for the program.