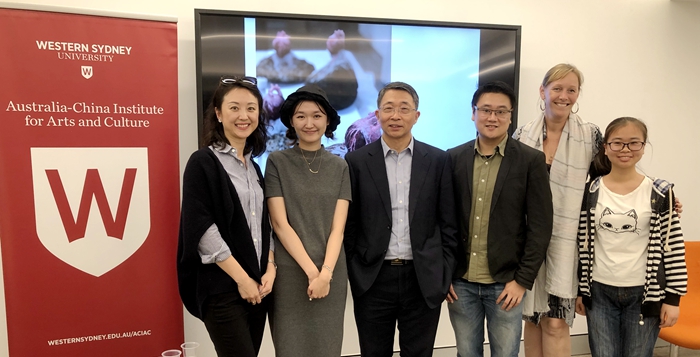 On 19 March 2019, post-80s visual artist and art educator Rose Wong was invited to ACIAC to do a sharing on her recent works and artistic practices. Born and raised in Hong Kong, Miss Wong is currently a Beijing-based artist who experiments with a wide range of artistic media ranging from water painting, multimedia sculpture, animation to outdoor art performance. She is at present doing an International Residency in TWT Creative Precinct in St Leonards (NSW). 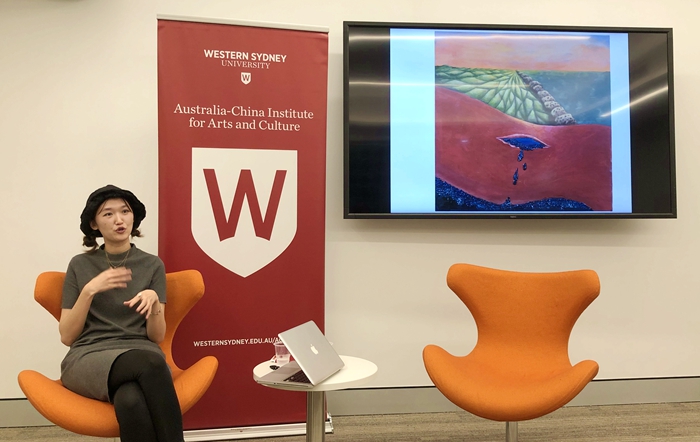 Beginning her sharing with Virgin Mary (2018), an animated short water-colour film which Miss Wong created to turn her dreams about period into a mermaid fantasy tale, she showed how the psychological world of a woman could be transformed into and represented through highly symbolic and surrealistic imaginations. 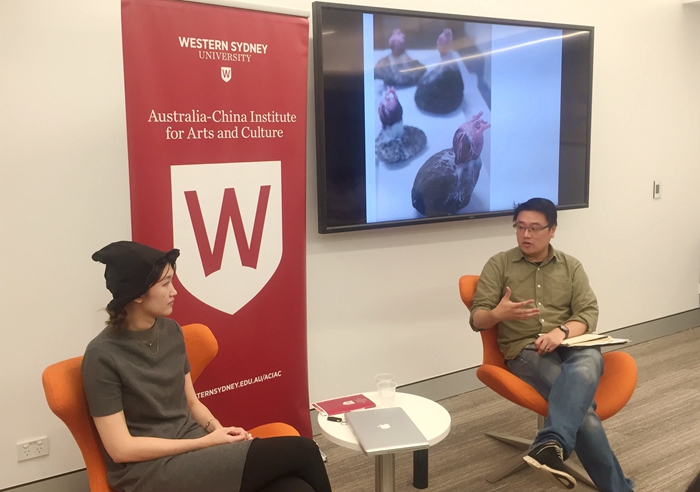 In her talk, Miss Wong explained the role of art in revealing the unconscious, and expressed how she saw art creation as a form of psychotherapy. By explaining her recent works Blossoming (2015), Inner (2016), Emancipation (2017), The Insomnia Project (2017), and The Other Half (2018), Miss Wong revealed how the conflicting notions of violence and sweetness merged in her works; she also spoke about the recurring motifs of fruits, flowers, oysters, grenades, blood and wounds, all of which were reflexive of the internal trauma and sadness she had experienced as a female artist. The creation and performance of art helped her come to terms with her own identity, and her relationship with her mother and other aspects of life. To sum up, she saw her collection of art works as a coming-of-age journey of herself.

As a young Chinese female artist, Miss Wong felt that western viewers tended to have a restricted and over-simplified understanding of Chinese art. They would expect Chinese art to fit into some form of orientalist stereotypes. She argued contemporary Chinese art needed to be understood by its growing richness and multiplicity

Miss Wong’s works are bold, progressive, at the same time humorous and thought-provoking. Her sharing helped the audience gain a broader understanding on what emerging Chinese artists today are capable of achieving, and encouraging people to think beyond the dominant gender and national discourses.

The workshop is moderated by ACIAC research fellow Dr. Kiu-wai Chu, and attended by academics, students, practicing artists and others who contributed to an engaging conversation with the artist.