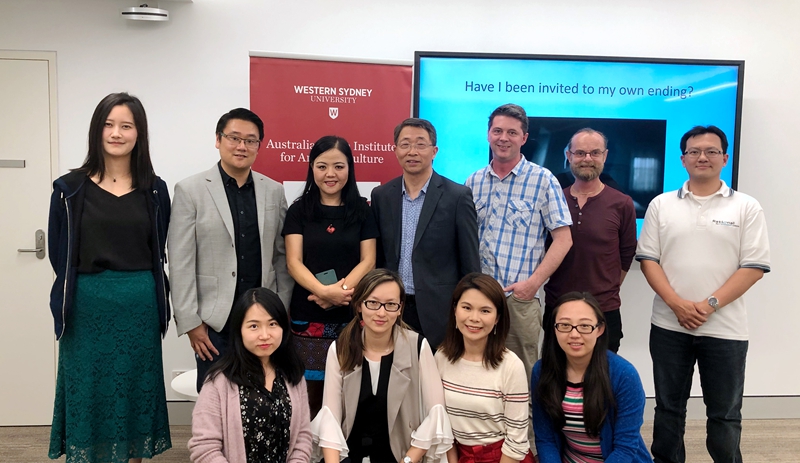 Since the beginning of the age of TV and movies, much of our cross-lingual and cross-cultural understanding has depended on subtitle translation. For many years, ACIAC key researcher Dr Jing Han has been doing just that for hundreds of Chinese films and TV programs. More recently, she worked with some Western Sydney University students on the Chinese subtitling of the award-winning drama series, The Handmaid’s Tale. On 14 November, 2018, Dr Jing Han hosted a seminar and spoke about their work experience. 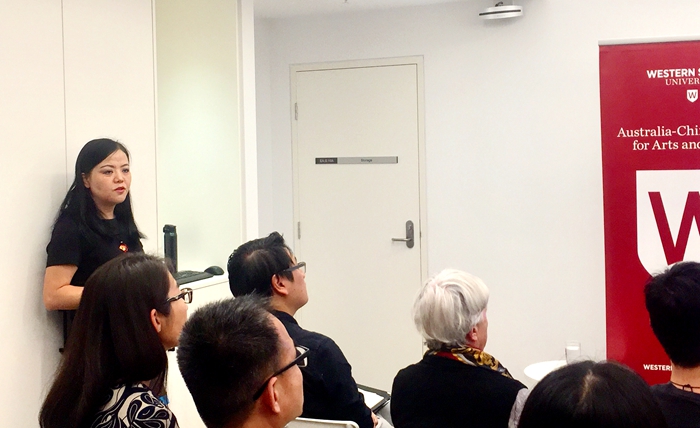 Briefly introducing the context for the decision to take on the task by SBS, Dr Han indicated that the series’ popularity with the mainstream Australian public made them believe that access to the same show through translated subtitling for the Chinese communities here in Australia would do a major service in bringing the otherwise divided general public together in the country. Working on that basis, she looked into the huge linguistic differences inside the Chinese communities and formed an inclusive set of translation tactics that needed to be adopted for the purpose. She highlighted the principle of broadest functional as well as semantic equivalence in her translation of biblical allusions, colloquial and even crude expressions, and in her seminar, she spoke about how she and her students formalized certain parts of the language in the series while adopting in the translation of colloquial and sometimes coarse language more neutral Chinese idioms that are known to speakers of many different varieties of the Chinese language in the country.

Dr Han’s talk was responded to most enthusiastically. After the seminar, Dr Han took questions about the translation of strong language and she also clarified on different approaches towards problems of classification.

ACIAC’s research fellow Dr Kiu-wai Chu moderated the seminar. Professor Jocelyn Chey and Professor Labao Wang participated in the event. Also in attendance were  colleagues, students, professional translators and other friends in and out of Sydney.