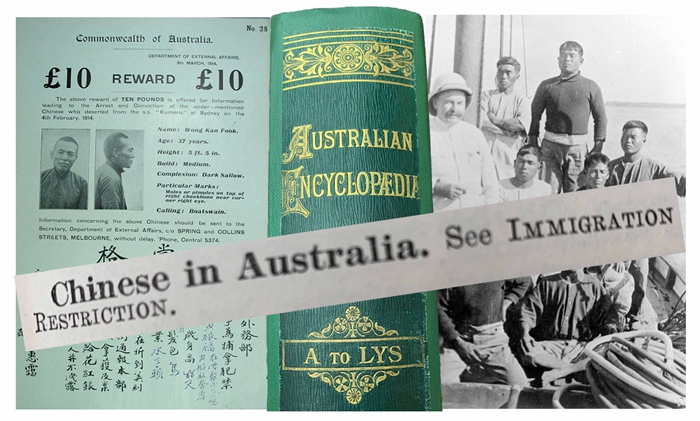 This period was one of major interaction between the White Australia bureaucracy and a Chinese Australian community that fell in overall numbers as its proportion of Australian-born members increased. It was also in this period that the sterotype of the "Chinese as market gardeners" took hold just as other features of their activity faded in both reality and memory. This was a process intensified by a whitewashing of Australian history that saw, for example, a 1925 Australian Encyclopedia list under CHINESE merely – see immigration restriction. That Chinese people in Australia were mere fodder for discrimination with no agency of their own is a perception still strong today. In addition, to the themes of interaction between the White Australia bureaucracy and Chinese Australians, the choices people made and had are examined so as not to neglect a diversity too easily obscured by labels such as “Chinese Australian”, while finally some reflections on this period of history generated by contemporary perspectives and concerns are surveyed.

Dr Michael Williams is a graduate of Hong Kong University, a scholar of Chinese-Australian history and a founding member of the Chinese-Australian Historical Society. He is the author of Returning Home with Glory (HKU Press, 2018), which traces the history of peoples from south China’s Pearl River Delta around the Pacific Ports of Sydney, Hawaii and San Francisco. Michael has taught at Beijing Foreign Studies and Peking Universities and is currently Adjunct Professor of the Australia-China Institute for Arts and Culture at Western Sydney University. His current research includes the Dictation Test, early Chinese Opera in Australia and a history of the Chinese in Australia.