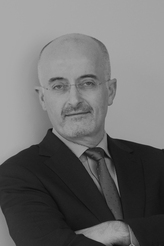 Clive Baldock graduated with a BSc (hons) in Physics from the University of Sussex, an MSc in Radiation Physics from St Bartholomew's Hospital Medical College, University of London, and a PhD in Medical Physics from King's College London. He subsequently worked in a number of UK hospitals providing scientific support to clinical nuclear medicine, magnetic resonance imaging and biomedical engineering services. In 1997 he moved to Australia to Queensland University of Technology (QUT) as Lecturer in Medical Physics. He was subsequently founding director of the Institute of Medical Physics at the University of Sydney. His other roles have included Head of the School of Physics at the University of Sydney; Executive Dean of Science at Macquarie University; Executive Director for Physical Sciences, Engineering, Mathematics and Information Sciences at the Australian Research Council (ARC); Dean of Graduate Research and Pro Vice-Chancellor for Researcher Development at the University of Tasmania; and Dean of Graduate Research at the University of Wollongong. His research interests continue to be in the fields of gel dosimetry, radiation therapy, dosimetry, medical imaging and scientometrics. He has been awarded Fellowships of the Royal Society of New South Wales, the Australian Institute of Physics, the Australasian College of Physical Scientists and Engineers in Medicine, the Institute of Physics (UK) and the Institute of Physics and Engineering in Medicine (UK). His other professional activities include membership of the Executive Committee of the Australian Council for Graduate Research.