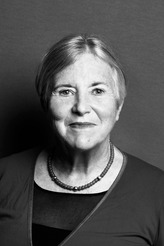 Professor Bell holds a PhD from the University of Sydney in the discipline of Anthropology and began her career as an ethnographic filmmaker at the government production unit, Film Australia and subsequently became Head of Studies at the Australian, Film Television and Radio School.

In addition to holding senior executive roles in Australian universities, over the past decade she has conducted research on gender equity in the Australian academy and she authored the influential report Women in Science in Australia: Maximising Productivity, Diversity and Innovation (FASTS, 2009). With Professor Lyn Yates from the University of Melbourne she has conducted a major project as CI on an Australian Research Council Linkage Grant on Women in the Scientific Research Workforce: Identifying and Sustaining the Diversity Advantage.