In traditional Chinese culture, poetry was one of “three perfections” to be learned and practised alongside calligraphy and painting by all who had an opportunity to receive an education. In the last four decades, while China rose to become an economic giant, poetry retained its prestige amongst the general population. Poets continue to be worshipped and poetry reading remains a popular performance at parties, on radio and on television. In 2018, the public channel of Hunan Radio and TV Broadcasting launched a poetry reading program called “Mango Readers” through a social media platform. In less than two years, it has attracted half a million followers. 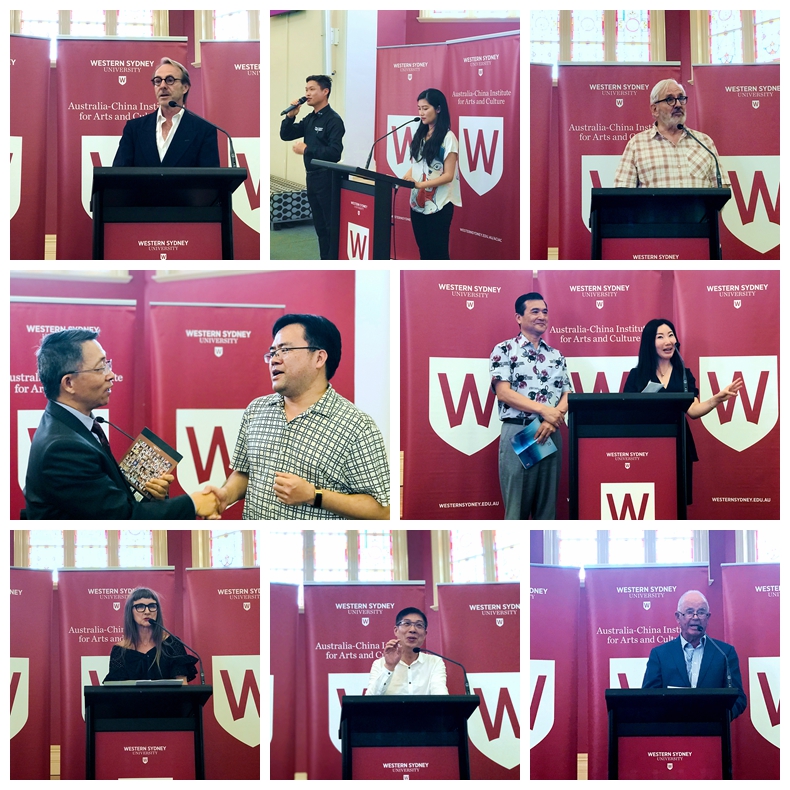 Earlier this month, the “Mango Readers” team arrived in Sydney for a special Australia edition of the show in the Sydney Opera House. On 19 February, 2019, the team came to Western Sydney University to do an extended event with Australian colleagues. ACIAC co-hosted the event in the Recreation Hall. Associate Dean International of the School of Social Sciences and Psychology of Western Sydney University Dr Julie Wen moderated the function. ACIAC Director Professor Labao Wang delivered a speech to welcome the guests. The Director of the Public Channel of Hunan Broadcasting, Mr Liu Zhizhong also addressed the audience and thanked Western Sydney University for hosting the visit and for the welcome that they experienced. Four Australian poets, namely, Mark Tredinnick, Alison Whitelock, Oliver Freeman and Peter Bishop, read their own poetry at the event. Chinese TV hosts Zeng Zhi and Li Bing from Hunan Broadcasting also gave reading of poetic works from England and China. Dr Lijiang Zhao did a recital of a poem by renowned Chinese Australian poet Yingxia Tang.