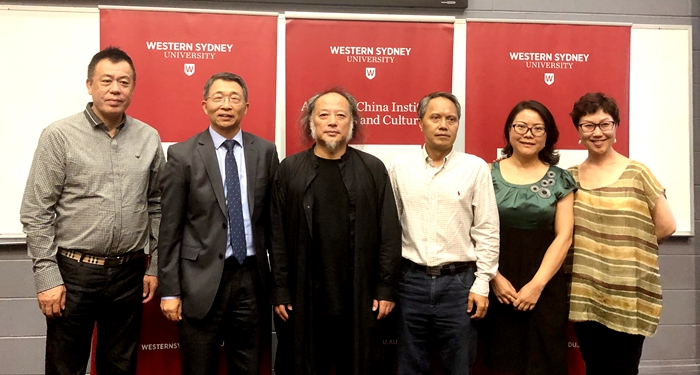 Since the establishment of diplomatic relations in 1972, music has played a significant role in bilateral arts and cultural exchange between Australia and China. As a universal language, music has not only become a bridge linking a lot of professionals in the two countries together but assisted in the promotion of general understanding between the people of the two nations. The musicians involved in the historical process have made themselves cultural ambassadors. 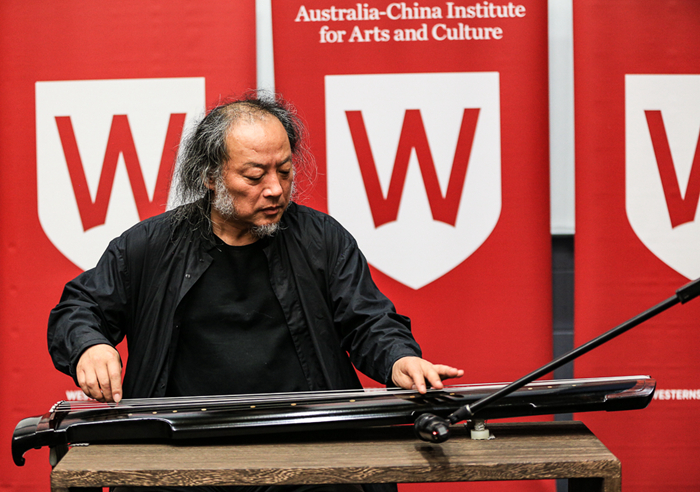 In 2019, the renowned Chinese Guqin master Mr Wang Peng was invited to be part of Sydney Festival, and during his stay in Sydney, he came to ACIAC to do a classical Chinese music workshop. Mr Wang is a master of Chinese Guqin, which is a seven-stringed bridgeless zither with a history of 3000 years. He is a master builder and performer of this classical Chinese music instrument, and he teaches Guqin to students, helps restore impaired Guqin instruments, and organizes Guqin performances. He does recordings of Guqin music and is an active collector of ancient books about Guqin music.

ACIAC Director Professor Labao Wang welcomed the artist and the audience. Briefly introducing the Institute, he stated his belief in the importance for Australia and China to communicate through the language of arts and culture and reasserted ACIAC’s support for the kind of arts and cultural exchanges that Mr Wang Peng is doing in Australia. Erhu artist Liu Ying hosted the workshop, and she invited Mr Wang Peng and one of his fellow musicians to give a Guqin and Flute performance. And then Mr Wang Peng did a presentation about this classical Chinese music instrument and its place in traditional Chinese culture. Highlighting Guqin as the top of the four literati skills in ancient times, Mr Wang believed that this age-old instrument continued to be relevant in contemporary Chinese life. This was because, in Chinese culture, the five tones used by this instrument are believed to correspond to the five elements of the universe on one hand, and to our five organs inside our bodies, and for this reason, Guqin music or music in general has a therapeutic value and function. Mr Wang also spoke about the materials and the craftsmanship that are needed for the building of a good Guqin and he pointed to the underlying Confucianist idea of the Golden Mean as a secret to the best Guqin music. He believed that, in contemporary China, playing on a 3000-year-old instrument affords an opportunity to feel one’s way back in time and re-experience the tranquility of past in the midst of today’s hustle and bustle. Before he finished, Mr Wang showed images of the numerous Guqin instruments that he has made over the years and invited the audience to attend the rest of his Sydney Festival performances and conversations in the next week or two.

Mr Wang Peng took questions after his presentation about the strings of Guqin, the metallic and stony sound that a good Guqin makes, the new energies that could come out of the blending of classical Chinese and Western music, and the best age level when children could be encouraged to learn the instrument. He also responded positively to an invitation to visit Western Sydney University again and perform for our students. 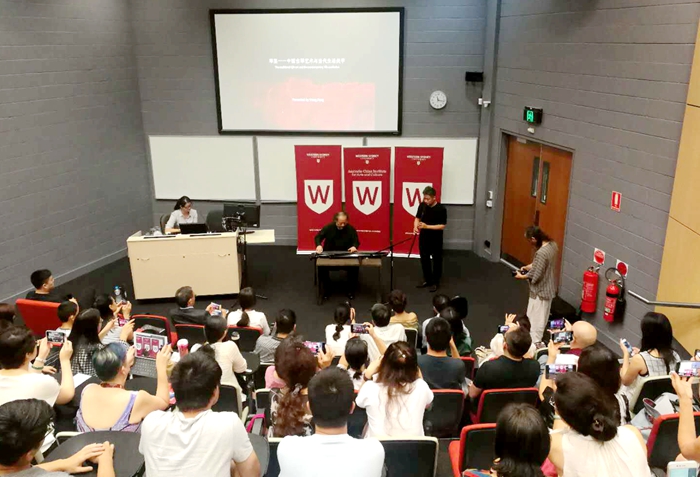 The workshop was enthusiastically attended by the Chinese Cultural Counsellor Mr Zhang Yingbao and Cultural Consul Ms Li Qingrui. Some 70 musicians, artists, students, and some Western Sydney University staff joined us to enjoy the presentation and performance. The event concluded with another much applauded piece by one of Mr Wang’s fellow musicians on his Sydney Festival team.