ACIAC Professor Jocelyn Chey gave a keynote address to the 16th Biennial Conference of Australian Studies in China in Beijing on 22 June, 2018. The conference, titled “Australia in the Changing World” was held at WSU’s partner university, Beijing Foreign Studies University, and was jointly hosted by Inner Mongolia Normal University, also a partner of WSU. It was attended by over 200 participants from 35 Australian Studies Centres across China. Representatives of the Australian Embassy also attended and spoke at the opening ceremony. 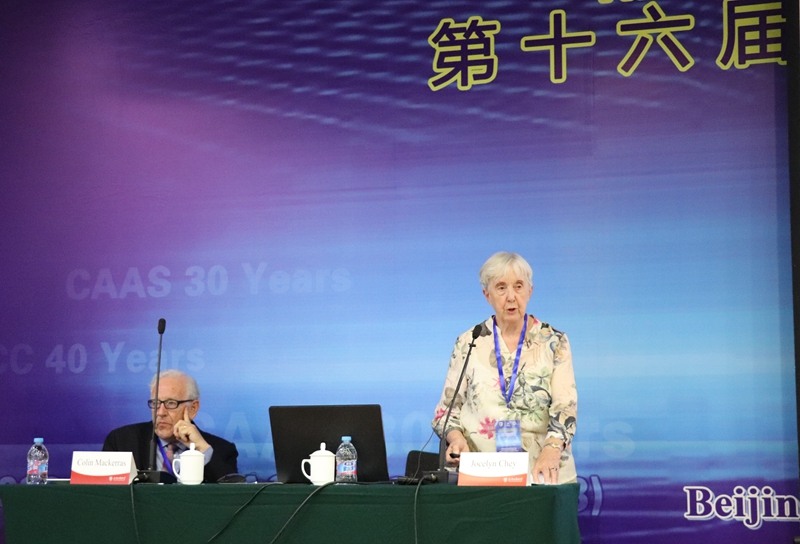 In her address, titled “Chinese Kangaroos: Reflections on Four Decades of a Bilateral Relationship,” Professor Chey recounted some anecdotes from her experience as a diplomat and the first Executive Director of the Australia China Council, using the iconic kangaroo as a common theme. She identified various stages of cross-cultural communication and understanding, from initial preoccupation with the exotic and unusual, through understanding and contextualisation, to identification and empathy. The talk was highly illustrated and included references to works by contemporary Chinese Australian artists including ACIAC’s own Tianli Zu, whose recent exhibition, “Missing,” included references to the depiction of kangaroos on Australian coins.