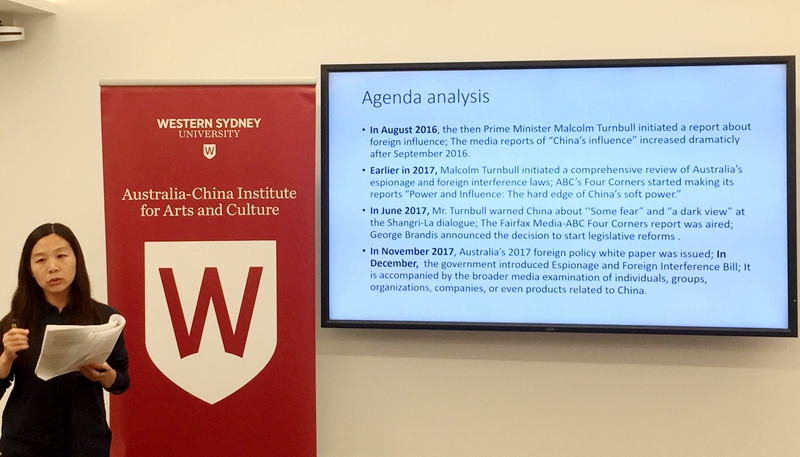 While Australia and China head towards a much anticipated normalization of their relationship, academics on both sides are beginning to look back the road that the two countries have travelled over the past year or so to see what lessons they might draw. On 23 November, 2018, ACIAC’s Visiting Professor Guifang Zhang delivered a seminar talk in which she gave some of her observations about Australian media, and her topic was “The Role of News Media in the Coverage of International Affairs: A Case Study of Australian Coverage of ‘China’s Influence’”.

Professor Zhang is a media specialist, and she had previously worked as a newspaper reporter and editor for ten years for Jinan Daily in China before becoming an academic at Shandong University of Political Science and Law. She had her PhD from Shandong University, and her research interests relate to journalism and media studies. She has published widely in these areas. 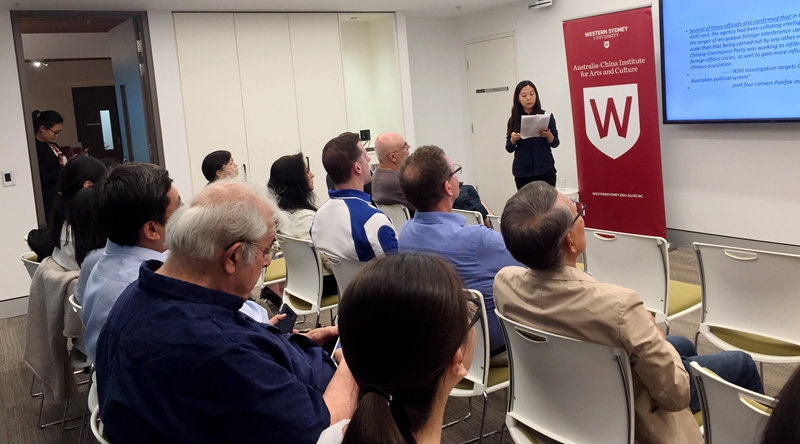 Professor Zhang began with a brief discussion of the various models of media in various countries and different parts of the world, and then she looked into the ways in which Australian media had covered the issue of “Chinese influence” in the last year or so. She argued that a general analysis of its agenda, sources, stance, and discourse showed that Australian media, instead of upholding such professional ideals of independence and objectivity, had during this time often produced reports that were only consistent with some views of politicians. She also noted that, on the issue of “Chinese influence”, the media sometimes sounded more radical than politicians in the assertion of national sovereignty and national security. For this reason, they played a not insignificant role in shaping not only the country’s foreign policies but its long-term public perceptions.

This seminar was well received. Responding to the audience’s questions, Professor Zhang spoke about the role of ABC in Australian media, the background of individual journalists and their professional ideals. Some members of the audience offered comments on media’s commercial interests; others recommended an extension of scope while observing Australian media’s relation with politics.