ACIAC Opens Chen Bingbing’s Exhibition— “As We Journey Through Life” 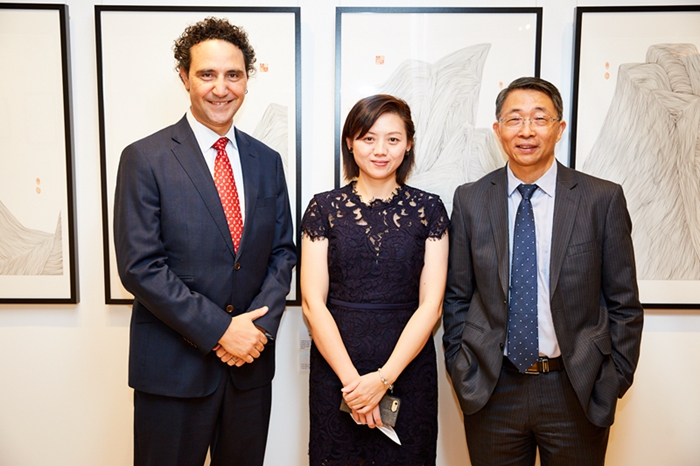 In early March, the ACIAC gallery opened its doors and walls to the works of another artist Chen Bingbing. On 28 March, 2019, the Institute opened the exhibition of thirteen artworks by this transcultural artist. Professor Labao Wang welcomed the viewers to the Institute. Pro-Vice Chancellor of Western Sydney University Professor James Arvanitakis, who is also curator of the exhibition, spoke at the opening. 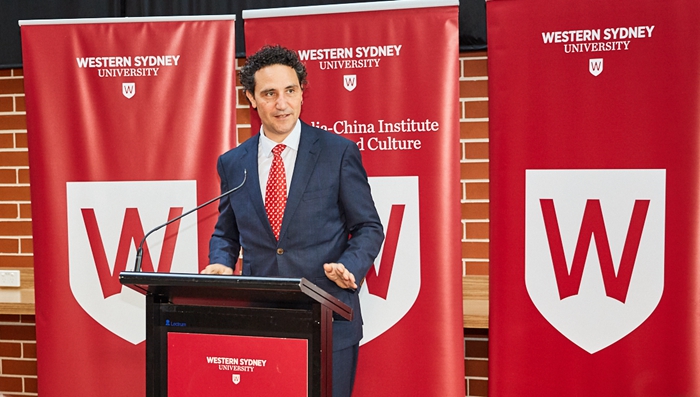 Professor Arvanitakis spoke about the message that he read in Chen Bingbing’s art. He believed that this new exhibition by Chen Bingbing should help highlight for us the unique role of the artist in our world, because he saw in Chen Bingbing’s art a sobering commitment to meaning seeking in a world of disruptive chaos. Speaking about the philosophical underpinnings of her artistic creations, he also drew the viewers’ attention to the almost existentialist sense of social responsibility that the artist’s artworks communicate. He congratulated the artist on her new achievements. And he also thanked the artist for the bringing her work to ACIAC and for the long-standing friendship that she and her fellow Chinese Australian artists have afforded himself and Western Sydney University. Chen Bingbing thanked Western Sydney University and ACIAC for the exhibition and expressed her heart-felt appreciation for all that have supported her and her work.

Chen Bingbing had a Bachelor’s Degree in Fine Art (oil painting) from Fujian Normal University, China, and she was also a Graphic Design graduate from Shillington College, Sydney, Australia. She founded her own Art Studio in Sydney in 2012 and she was appointed Art Director of Australia Fujian Association in 2018. 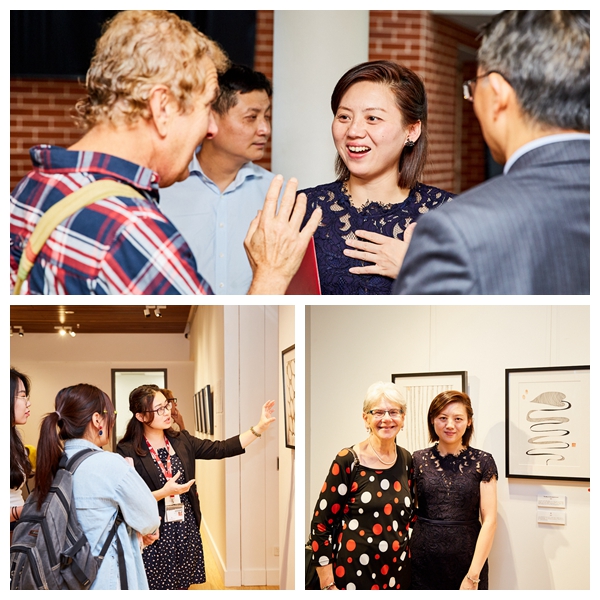