A positive relationship between different countries requires a lot of mutual understanding and trust. And understanding of this kind can only happen when they proactively engage in communication through various exchanges in ideas, values, traditions and other aspects of culture. For that reason, cultural diplomacy has a significant role to play in connecting people and strengthening relations between different nations in today’s globalised and interdependent world. On 20 November, 2018, the Australia-China Institute for Arts and Culture (ACIAC) hosted a Public Seminar on “Cultural Diplomacy & Australia-China Relations” to which we invited three distinguished speakers to share their views.

This Public Seminar was hosted and moderated by ACIAC research fellow and academic course advisor of the Master of Chinese Cultural Relations program, Dr Xiang Ren. Dr Ren welcomed the audience and briefly introduced the design of the seminar with particular reference to the topic, its background and structure. And he also introduced the speakers.

Distinguished Professor Ien Ang is a world-class authority in cultural studies. As the founding director of the Institute for Culture and Society at Western Sydney University, she has championed research on patterns of cultural flow and exchange in the globalized world with a particular emphasis on the politics of identity and difference; migration, ethnicity and multiculturalism in Australia and Asia; and issues of representation in contemporary cultural institutions. In her speech on “Cultural Diplomacy, Soft Power and Cultural Relations”, she critically examined the evolving theorisations of cultural diplomacy and reviewed its discourses and practices in different national contexts. Distinguishing it from “Soft Power”, she argued for an alternative cultural diplomacy that was dialogic and cooperative. She also took the audience through some of the recent initiatives from China and Australia and explained where and why they may have succeeded or failed. 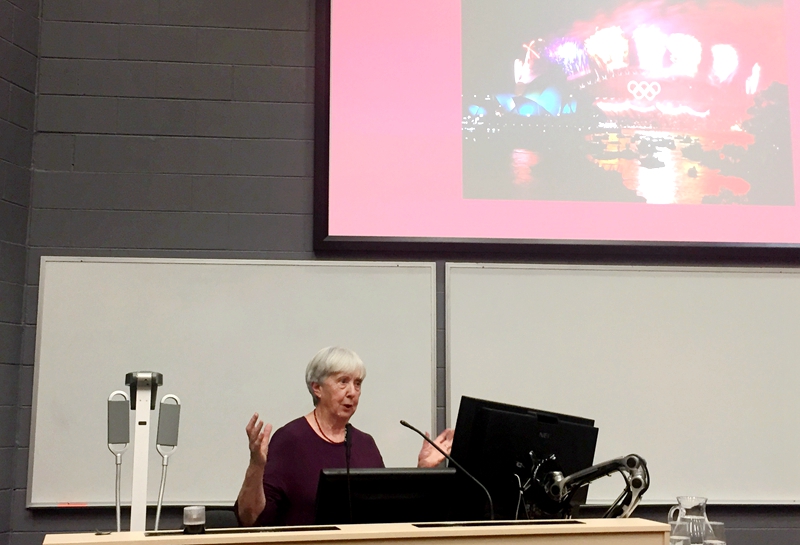 Professor Jocelyn Chey is one of Australia’s best-renowned diplomats with decades of experience of working with mainland China and Hong Kong. She was the founding director of the Australia-China Institute for Arts and Culture at Western Sydney University. Speaking about the “History and Contemporary Development of Cultural Diplomacy Between Australia and China”, she recalled the non-Australian beginnings of Australia-China cultural exchange in the 1970s with an Australian performance of “The Sound of Music” when she served as the first Australian cultural counsellor and then she traced the history by highlighting a few other incidents in the last four decades such as the visit of the Nanjing Acrobatic Troupe and the Flying Fruit Fly Circus in 1982, the Sydney Olympics in 2000, Beijing Olympics in 2008, Guan Wei’s art exhibition in 2011 and the Chinese Chamber Music Festival in Sydney in 2017. While drawing attention to the power of arts and culture in developing cultural relations between the two countries, she also pointed to changes in public perceptions and the agendas of cultural/public diplomacy on both sides, as shaped by the changing political and economic contexts. 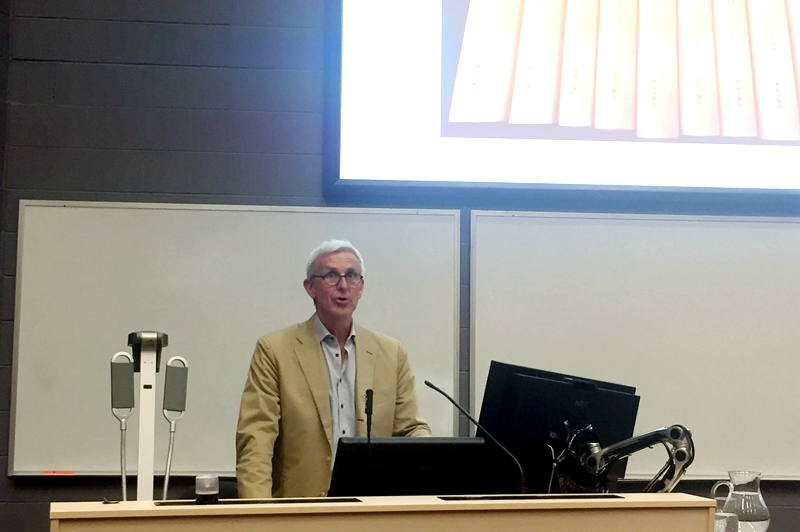 Professor Nicholas Jose is one of Australia’s best-known China experts. He taught at Chinese universities 1986-87 and became Australia’s cultural counsellor 1987-90. He has since then become a very well-known literary writer with over a dozen books to his name and an academic. He is currently Professor of English and Creative Writing at the University of Adelaide, where he is a member of the J M Coetzee Centre for Creative Practice, and Adjunct Professor at the Writing and Society Research Centre at Western Sydney University. In the last four decades, he has formed extensive connections with Chinese writers, editors, publishers, translators, funding bodies, agents, festivals, book shops, etc. In his speech on “Reading Each Other: A Case Study of Australia-China Literary Exchange”, he celebrated the enormous achievements in the two-way exchange between the two countries in the last 45 years, highlighting the Australian Writers’ Week, OzAsia Festival and the China Australia Literary Forum between the Chinese Writers’ Association and Western Sydney University. Expressing his concern that, despite their familiarity, the two countries still face a big deficit of understanding, he recommended that getting people in both countries to start reading each other’s books would definitely help move the relationship forward.

At the end of each presentation, the speakers took some questions from the audience. Responding to these questions, the speakers reasserted the importance of cultural diplomacy initiatives on both sides of the Australia-China relationship. Professor Ien Ang believed that Australia’s “white nation” legacy and feeling of distance towards Asia had probably contributed to a general soft power deficit. Professor Jocelyn Chey believed a country’s good cultural diplomacy initiatives needed to be explained fully so that it could move beyond simple propaganda. Professor Nicholas Jose believed that, as far as literary exchanges are concerned, he did not see a problem with a readiness for both Australian and Chinese governments to put aside resources and money to support communication between the two peoples.