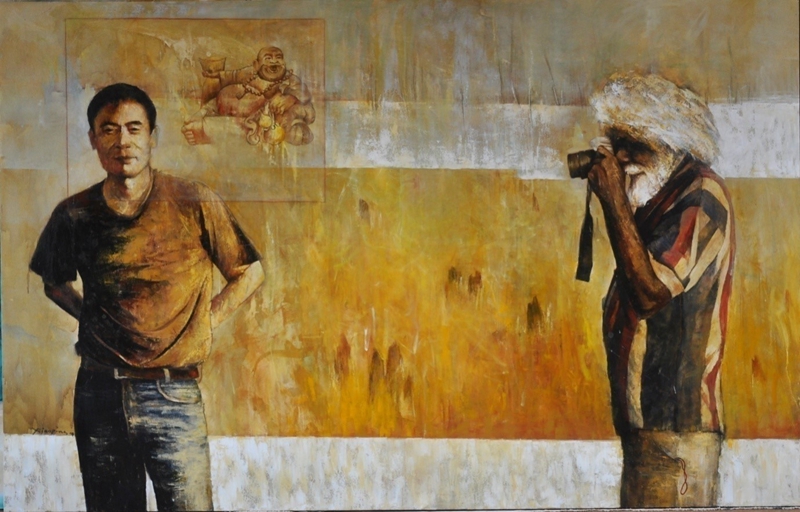 Zhou has held 50 solo exhibitions worldwide, and has published two Chinese language books on his experiences with Aboriginal communities. He has worked on a mural project at Mutitjulu in Central Australia. In 2014 he was invited to undertake a residency at the University of French Polynesia and Museum of Tahiti and its Islands.
Most recently, Zhou was awarded the Australia China Council grant to tour his solo exhibition “Dialogues with The Dreaming – the art of Zhou Xiaoping in Australia”.  The key component of the project is to conduct educational lectures at 15 major universities and 6 public talks at community libraries, to create dialogues with local artists during the exhibitions to share the stories of Aboriginal culture through his personal experience as a Chinese Australian artist. The unique stories articulated through the high quality artwork has attracted the wide media coverage reaching a broad audience in both Australia, China and internationally.