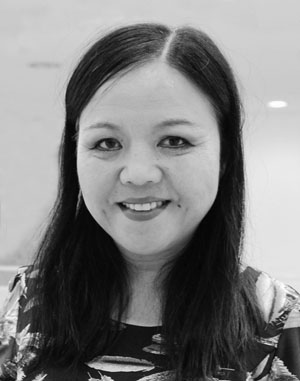 Professor Jing Han is a leading expert in translating Chinese culture, intercultural communication, audiovisual translation and media accessibility. She is highly regarded for her significant and original contributions to the field and industry. Jing is also known for intercultural competence, strong leadership and innovative thinking.

Jing received her PhD in English literature from the University of Sydney in 1995. In 1996 she joined the public broadcaster SBS TV Australia as Mandarin subtitler. Since 2006 she has been the Chief Subtitler and Head of the SBS Subtitling Department, leading the Department to a great international success and fame. Over the last 23 years, Jing has subtitled over 300 Chinese films and documentaries including Crouching Tiger, Hidden Dragon, Lust, Caution, Wedding Banquet, Hero, Under the Hawthorn Tree, Not One Less, Ash Is the Purest White, I Am Not Madam Bovary, Let the Bullet Fly, Sacrifice, The Blue Kite, Crazy Stone, Shanghai Dream, A World without Thieves, Springtime in a Small Town, Beijing Bicyle etc. In the last six years, Jing has been the leading subtitler of the most popular Chinese TV show If You Are the One. Her critically acclaimed English subtitles have played a key role in creating a cult following in Australian audiences and setting the record of the longest showing non-English series in Australian broadcasting history. The show’s cultural impact and influence on Australian audiences is also unprecedented. So far Jing has subtitled over 400 episodes of the show as well as other Chinese TV series. Jing has been frequently invited to speak at conferences and has delivered lectures at over 30 universities across the world. In recognition of her outstanding contributions to the cultural exchange between Australia and China, she was included in the 45 Stories published by the Australian government. She is the executive producer of the English edition of 100-episode documentary series A History of China commissioned by CGTV China.

Jing joined Western Sydney University in 2006 and has been a key faculty member in its flagship program, Translation & Interpreting, in the School of Humanities and Communication Art. She has designed and taught a range of translation and interpreting courses including Audiovisual Translation and Literary Translation for postgraduates. She is a PhD supervisor, supervising PhD candidates in a range of research areas including translation and interpreting studies, multimodality and media studies, Chinese culture and literature translation, Traditional Chinese Medicine (TCM) translation and intercultural communication. Jing has been Associate Dean for International at School of Humanities and Communication Arts and played a pivotal role in establishing partnerships with many universities in mainland China, Taiwan and Europe. Jing is the English translator of a modern Chinese classic Educated Youth by multi-award winning author Ye Xin, published by Giramondo in 2016. She is also a highly accomplished professional interpreter for live interpreting at significant cultural and literary events. 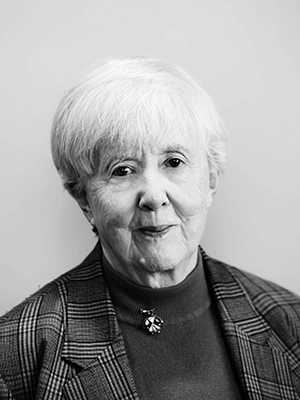 Australia-China Institute for Arts and Culture Foundation Director, Professor Jocelyn Chey AM, has already made an outstanding contribution to Australia's diplomatic service and to academic life.

For more than 20 years she was a senior figure within the Australian Department of Foreign Affairs and Trade, where she was instrumental in helping lay the foundations for trade and cultural relations between China and Australia.

Professor Chey began her career as lecturer in Chinese studies at the University of Sydney. She then moved to Canberra in 1973, when Australia first established diplomatic relations with China.

Holding numerous roles within the Departments of Trade and Foreign Affairs, she worked to further Australia-China relations and was posted three times in China and Hong Kong.

Professor Chey was also the key administrative officer in the Australia-China Council at the time it was founded in 1979. From 1988–1992 she worked outside the public sector, as Director of the China Branch of the International Wool Secretariat.

Now retired from the public service, Professor Chey lives in Sydney. Her most recent role before joining Western Sydney University, was Visiting Professor at the University of Sydney, where she was a consultant on Australia-China relations.

Professor Chey is a frequent speaker and lecturer on Chinese affairs and history, and speaks fluent Mandarin and Cantonese Chinese.

She was awarded the Australia-China Council Medal for contributions to the development of relations between Australia and China in November 2008, was made a Member of the Order of Australia (AM) in January 2009 and a Fellow of the Institute of International Affairs (FAIIA) in November 2009.